What's on Deck for Fall 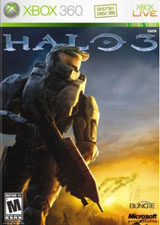 Fall’s lineup is looking spectacular, so here are a few reasons why you’ll need to own a NexGen console.

“Halo 3,” coming out Sept. 25, is the last installment of Master Chief’s intergalactic exploits. Much like how “Halo” was reason enough to own an Xbox, “Halo 3” is going to make any gamer seriously consider an Xbox 360 purchase, featuring advanced AI, new weapons and equipment.

“Super Mario Galaxy,” set to release Nov. 12, is the Wii version of “Mario’s 3D adventures.” As the title suggests, gameplay revolves around travel between small planets in various galaxies. The addition of a multiplayer element will be new to the series.

“Rock Band,” scheduled for a Nov. 20 release, expands on the “Guitar Hero” theme. With added drum set and microphone peripherals, up to four players can play and sing all the parts to some of their favorite songs.

“Super Smash Bros. Brawl,” expected Dec. 3, puts characters from several of Nintendo’s titles against each other on the battlefield. Solid Snake, from the “Metal Gear” series, makes an introduction, marking the first non-Nintendo character to join the ranks. Other new characters include Meta Knight, Ike, Pit and Wario.