Daniel Radcliffe: Goodbye to Potter and Hello to December Boys 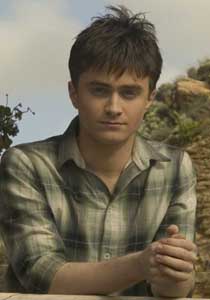 So, you’re Daniel Radcliffe. You’ve spent the majority of your adolescence portraying a magical little orphan called Harry Potter. That distinction has brought you fame and fortune the world over – elevating you to “pop-culture demigod” status.

How does one follow-up such a plethora of success, now that the Potter film franchise is nearing its end? By playing another orphan, of course!

In December Boys, Radcliffe goes back to a time of innocence – 1960s Australia – to play Maps, a parentless lad who just wants to be loved.

“With Maps, I was really moved by his overwhelming need to be needed by somebody,” says Radcliffe about his latest onscreen counterpart.

That detail puts his character in the charming role of playing big brother to three younger boys within the Catholic orphanage that they are assigned. The common thread that binds them is that they were all born in December (hence, the title) and that each is an elder statesmen of the charity – thus, rendering them “unattractive” to perspective parents who had their hearts set on a tiny little angel.

Still, life is not a total drag for these kids. When the parish clergy decides to ship them off on holiday to the sunny coast, they embark on a lovely coming-of-age tale, ripe with interesting plot twists.

That sweet storyline is one thing; the logistics of bringing it to fruition was something completely different. Filmmakers were faced with the daunting task of finding children who could not only act, but wouldn’t be starstruck by their mega-famous costar. In the end, director Rod Hardy seemed to have hit the jackpot.

“As for the kids,” notes Radcliffe, “they were absolutely unfazed by me. And if they were, they hid it bloody well.”

December Boys is adapted from the classic novel (of the same name) by Michael Noonan. The project has been a labor of love for producer Richard Becker who allocated the rights to the film over a decade ago. Why was he so enthralled with the material?

“I think everyone has a summer they can remember where they suddenly grew up, where the journey was particularly profound, where meaningful things happened,” he says. “That’s what I read in this story, and that was its appeal. I wasn’t an orphan, and I certainly didn’t experience some of the things that the boys went through, but it still resonated with me.”

Although the first screenplay draft had been around for an astonishing 45 years, it wasn’t until Hardy joined the cast that the feature really began to take shape. This seasoned television director had initially hoped to acquire actor Freddie Highmore (Finding Neverland) for the project.

Unfortunately, a conflict prohibited him from joining the cast. That’s when Highmore’s mother (who is coincidentally Radcliffe’s agent) stepped in and offered the leading man as a consolation prize. Hardy couldn’t have been happier with the end result.

As for Radcliffe, he took to his part like a fish to water.

“I totally left Harry out of it when I was doing Maps,” he explains, regarding the surface similarities of the two characters.”

The actor also had to leave his personal beliefs at the door. The film’s underlying Catholic setting was something a bit foreign to its young star who describes himself as “not religious at all.” But he gives his all to this drama in hopes that it will allow him to slowly break away from being typecast.

Radcliffe has recently made headlines, appearing naked on the London stage in “Equus.” To some, that was a sheer act of defiance.

“Maybe I’m rebelling against what people think I should be doing,” he confesses.

That newfound independence continues in December Boys when Radcliffe does his first onscreen sex scene with the very beautiful Australian actress, Teresa Palmer (Kids in America,).

About that, he is equally iconoclastic; when asked if he utilized the services of a body double for a brief moment of nudity in the movie, he proudly proclaims, “That was MY very attractive ass.”