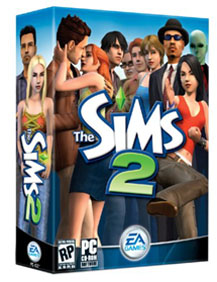 During the first decade and a half of video gaming the industry marketed video games to young men, whether young adults or adolescents. Over the past few years, however, video gaming has widened its audience and entered into the mainstream. Now, more and more females are playing games, expanding the types of games available for everyone to enjoy.

The online games that women are playing aren’t just role-playing games such as "Everquest," but other games such as those found on Yahoo or AOL. These games revolve around communities and social interaction, and since women tend to be more social than men this makes perfect sense.

Looking at the types of games played by women compared to those played by men, puzzles and other non-violent games seem to be the games of choice. Go to any arcade and you’ll see the men playing games with guns like "House of the Dead," or kick-boxing games like "Street Fighter." The ladies, on the other hand, are playing games such as "Bust A Move" or "Dance Dance Revolution." This shows a big disparity in the types of games played by the two sexes.

Guys tend to like action, excitement, adventure and adrenaline-pumping situations, which include sports, chases and games of violence. Girls, on the other hand, seem to prefer more cerebral activities and gravitate toward games that are not only interesting but intellectually stimulating as well.

Luckily, the pool of games marketed to women is expanding, and growing more popular. We’ll take a look at some of these, starting with EA Games’ behemoth – "The Sims" line of products.

EA’s popular "The Sims" series are games that allow the player to create a virtual person and live a virtual life. There’s no violence, no gore, and no blood in "The Sims." However, there are true-to-life social situations that the player’s character, or Sim, must undertake. This is where the real appeal of this series comes into play.

Players can have their characters be whatever they want them to be – whether it be a geeky guy or a flirtatious female – with a world of realistic possibilities available for the player. The next installment of "The Sims" will even include generational advancement, with Sims soon able to have children to continue their ever-growing family tree.

Another popular title among girls is the "Rollercoaster Tycoon" series. These games put the player in charge of a new or pre-existing amusement park and task the player with making it successful. Like "The Sims," the player can watch virtual people interacting with their environment and one another. The player builds an environment for the virtual park patrons and watches their reactions. Again, there’s no violence or gore in this game. "Rollercoaster Tycoon’s" excitement is seeing the little people react to the rides built by the player.

Another popular game with girls is the "Harvest Moon" series. These games put the player in charge of a working farm, including all the tasks that one would associate with farming such as milking cows and feeding chickens. These games also include a social element where the players can get married.

Do you see a trend here? The games just touched upon share a social element, where characters interact with one another and their respective environments. Females tend to be much bigger social animals than men are, and these games tap into that aspect of their behavior, further popularizing these games for women.

Therefore, gaming isn’t just a boys club anymore. With some of the most popular games currently appealing to women, this will only help expand and diversify the gaming landscape. Welcome to the club, ladies.