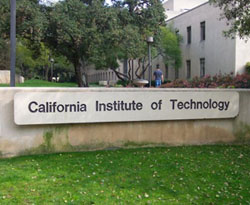 Astronomers from Caltech and the University of Cambridge have developed a new camera that produces much more detailed pictures of stars and nebulae than even the Hubble Space Telescope.

Until now, images from ground-based telescopes have been blurred by Earth’s atmosphere. Astronomers have developed a technique, known as adaptive optics, to correct the blurring.

The NCAA offers one-year internships at its national office in Indianapolis, Ind., providing on-the-job learning experiences for college graduates from a four-year NCAA member institution who express an interest in pursuing a career in the administration of intercollegiate athletics.

Though the institute is only two-years-old, it has already attracted top stem cell scientists from MIT, Harvard and Johns Hopkins to its faculty. The grant will allow UCLA to become arguably the most prominent stem cell research facility in America. Scientists are using stem cells to develop new and more effective treatments for cancer, HIV/AIDS, Parkinson’s disease and Alzheimer’s disease.