Dorm Room Gaming Consoles: Which platform is right for you? 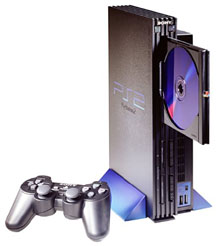 In today’s world, you can’t throw a rock without hitting something related to video games, whether it’s a store, an advertisement or a kid with a Game Boy Advance. In fact, video games have become such an integral part of our culture that they’ve outdone the movie and music industries in terms of yearly revenue. As a video game aficionado/addict, my job in this and future articles will be to help you wade through the quagmire that is the video game industry and enlighten you with topics relevant to you, the college student.

This first article addresses which of the three main consoles (Playstation 2, Xbox, GameCube) is best for a crowded dorm room. Touching on each platform individually, criteria such as game selection, versatility, availability of party/multiplayer games and cost will be considered.

A good place to start is with the oldest of the three consoles, the Playstation 2 (PS2). In terms of game selection, the PS2 has the other two consoles beat hands down. This is not only due to its earlier release date, but also to the fact that it can play any original Playstation (or PS1 as it’s commonly known) game. This gives it an amazing array of games to choose from.

The PS2 is also very versatile, with built-in USB ports for mice and keyboards, network capability with a separate network adapter and the ability to play DVD movies right out of the box. It’s also the only console that can be set up vertically with a special stand, saving space in an already crowded dorm room.

In my opinion, the PS2 also sports the best multi-player or party game selection, including several versions of "Dance Dance Revolution," as well as "Karaoke Revolution" and the excellent Eye Toy USB camera. The downsides of the PS2 are that loading times are the slowest, and it’s the most prone to breakdown of the three consoles.

The Xbox is Microsoft’s successful entry into the console arena. The Xbox is technically an excellent system, sporting an internal hard drive which helps shorten the loading wait, internal networking capability which connects to other Xboxes or Microsoft’s excellent Xbox Live service, graphics superiority over the PS2, HDTV support and excellent DVD playback. It can also support up to four controllers, as opposed to two on the PS2.

The Xbox also features party games, such as "Dance Dance Revolution," but the selection isn’t as intensive as the PS2. What gives the Xbox its multiplayer edge is Xbox Live, the excellent centralized service that streamlines online multi-player with features like out-of-game invites and buddy lists.

The downsides to the Xbox are its smaller selection of games and the fact that you need to buy a separate DVD remote kit to watch DVD movies.

The GameCube is the smallest and least expensive of the three consoles. A technically proficient system, the GameCube features excellent graphics. It’s also got the best wireless controller of the three systems, the Wavebird, and an excellent selection of party games, such as "Super Monkey Ball." The GameCube has some network and modem support, but games that use these features are limited.

The GameCube is also fairly versatile and able to interconnect with the GameBoy Advance as a controller in certain games. It can also play GameBoy and GameBoy Advance games with the excellent GameBoy Player accessory.

GameCube downsides include it having the smallest selection of games out of the three systems, and because it uses special mini-DVDs, it can’t play regular movie DVDs or music CDs at all.

In light of all available research and evidence, the best console for any dorm room is the Playstation 2. First off, it’s got an amazing selection of games, trouncing the other two consoles in terms of sheer numbers. Secondly, it’s got an incredible selection of multiplayer or party games, such as the aforementioned "Karaoke Revolution." It’s also quite versatile, having the ability to play DVD movies without any special hardware (though special DVD remotes are available), as well as being able to stand vertically.