Wiley: Playtime is Over
(Big Dada) 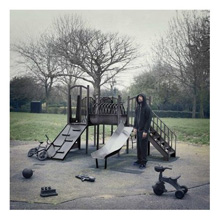 After Wiley, it’s difficult to be impressed with other artists in the grime genre – the simultaneously dark and humorous field, steeped in drum ’n bass, in Wiley’s words rejected by the British garage scene. A founder of the Roll Deep crew based in Bow, East London, Wiley’s teased that third album Playtime is Over will be the last in his allegedly dangerous scene, with the producer/emcee likely to focus on production after nearly a decade in grime.

Like his solo debut, Treddin’ on Thin Ice, Playtime Is Over is a collection of quick bursts with Wiley’s sophisticated raps trampling his simple, repetitive rhythms in a battle for speed. Unlike Treddin’, though, there’s no standout humor like that on “Pies,” about his insatiable craving.

Instead there’s an R&B-tinged tribute to his daughter (“Baby Girl”) and “Letter 2 Dizzee,” which lets his former Roll Deep recruit and junior rival know that Wiley’s still ahead. His light production job finds few decorative touches – the frantic string additions on “My Mistakes” and beat-synchronized gunshots on “Johnny Was a Bad Boy,” for two. The record picks up momentum toward the end and concludes with hidden instrumental track “Where’s Wiley?”

Playtime Is Over is currently available.