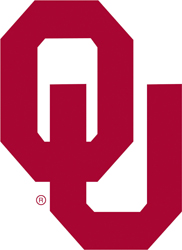 According to police reports, Univ. of Texas fan Brian Thomas walked into a bar in Oklahoma City wearing a Longhorns T-shirt and quickly became the focus of “trash talk” from Univ. of Oklahoma fan Allen Beckett. Thomas told police that when he went to the bar to pay his tab, Beckett grabbed him in the crotch, pulled him to the ground and wouldn’t let go.

When the two men were separated, Thomas looked down and realized the extent of his injuries. Thomas needed nearly 60 stitches for his wounds while Beckett faces up to five years in prison.

Pitzer College in Claremont is offering the Web addict’s dream class where students get credit for watching YouTube. About 35 students meet in a classroom but work mostly online, where they view YouTube content and post their comments.

Class members control most of the class content, and YouTube watchers from around the world are encouraged to comment. Professor Alexandra Juhasz hopes the course will raise serious issues about YouTube, such as the role of “corporate-sponsored democratic media expression.”

Last week, Senator John Kerry was speaking at a forum at the University of Florida. A student had asked several questions and when he was told that he had used his allotted time, his microphone was cut off and he became very upset.

He was asking Kerry about impeaching President Bush and whether he and Bush were both members of the secret society Skull and Bones at Yale University. The student struggled with four officers before he was tasered into submission and subsequently arrested.