Fall's Video Game Sequels: The Fabulous and the Familiar 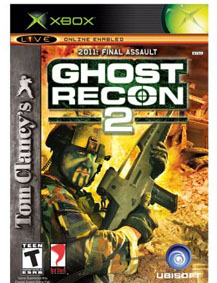 This fall’s bumper crop of video game sequels range wildly in quality and how much new material you get. Here are my top choices for those that are most improved and those that are more of the same.

"Half-Life 2": Valve’s new shooter features groundbreaking graphics, breathtaking physics and a plot as thin as a paper target. But don’t hold that against it. I played it for a couple hours at Valve headquarters, and it’s definitely a contender for best shooter of the year. Heck, it’s a contender for best shooter of the last five years. It’ll be a real hoot to play this fall, once Vivendi Universal Games decides on its release date. Rating: Mature.

"Tom Clancy’s Ghost Recon 2": This sequel not only drastically improves the graphics from the original squad-based shooter, but it makes squad command easier, adds a bunch of new moves and new locales, and a whole new plot – that still smacks of Tom Clancy, of course. Rating: Teen.

"Grand Theft Auto: San Andreas": Set in three fictional coastal cities, the game takes "Grand Theft Auto: Vice City’s" action to a new, bigger scale, and offers open-ended play across its vast landscape. We can say with confidence there will be much shooting and stealing of cars. Rating: Mature.

"Halo 2": This is a judgment call because much of what I’ve seen of "Halo 2" strongly resembles the original. And why not? "Halo" was one of those games that people would buy an Xbox just to play. But a few improvements this time around put it on our must-watch list, most notably the chance to play online against your friends. Other new stuff: better graphics, better surround sound, new vehicles and weapons, the chance to wield two weapons at once and a plotline that has you protecting Earth. Rating: Mature.

"Metal Gear Solid 3: Snake Eater": This new entry in the stealth series is beautiful and features some new game play – everything from the need to eat (shooting down snakes and fruit) to some startling new enemy intelligence. Rating: Pending, but most likely Mature.

MORE OF THE SAME

"Star Wars: Knights of the Old Republic 2": Don’t get me wrong; based on a visit to LucasArts, this will be just as much fun to play as the original. Unfortunately, it doesn’t look that much more fun to play than the original, despite better graphics and a few tweaks. Considering the first "Knights" game sold about a bazillion copies, though, that’s probably OK. Rating: Pending, but most likely Teen.

"Godzilla: Save the Earth": The cities you stomp around in are more destructible, and you’ve got more monsters to choose from when playing this fighting game. But the game play feels exactly the same, and it wasn’t a long-term play the first time around. Rating: Teen.

"Spyro: A Hero’s Tail": It isn’t as bad as the last installment of the series, which was so embarrassing that Vivendi switched development teams. But considering how beloved this cartoon series is, it seems like we could get better. Rating: Everyone.

"ATV Offroad Fury 3": Fortunately, the original game was fun to play because you’ll sense deja vu playing this sequel, which drives and talks like the last chapter even though it features new graphics and locales. The only bonus: limited online play with five other people. Rating: Pending, but most likely Everyone.

"Counter-Strike: Source": Yes, it’s beautiful. Yes, the physics are amazingly realistic. Yes, the enemies are much more intelligent. But all the polish in the world doesn’t disguise the fact that this is the same old "Counter-Strike" that’s been out for five years with a cosmetic upgrade by Valve’s "Half-Life 2" engine. Move along, there’s nothing new to see here. Rating: Mature.