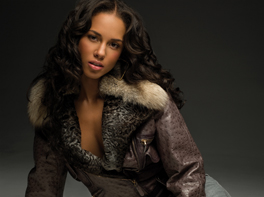 Here are just a few of the new releases that’ll be vying for your dollar in the all-important run up to the frenzied holiday sales season. Will they be hits or misses? You get to decide!

The title says it all – plenty of solo Clapton along with cuts from Cream, Derek and the Dominos, Blind Faith and collaborations with J.J. Cale and B.B. King.

His last two works were heavily influenced by the 9/11 tragedy; This time the singer-songwriter wraps his delicate melodies around happier themes.

Kid doesn’t spend all his time beating up Tommy Lee. The content of his new one is ably summed up in the title of the first single, “So Hott.”

The band has tweaked its sound a little for its sophomore release, and for the better, with help from producer Matt Hyde (Slayer, No Doubt, Sum 41.)

The coolest band to ever come out of Montreal! How can it not be with song titles like “The Taming of the Hands That Came Back to Life”?

R.E.M.’s first-ever live CD/DVD package is from a show recorded in Ireland, so you may want to drink a Guinness while enjoying “Orange Crush.”

A collection of favorites and new songs featuring Shakira, Lil’ Wayne and Chad Kroeger of Nickelback.

It’s Not How Far You Fall, It’s the Way You Land

Mark Lanegan (Screaming Trees, Queens of the Stone Age) sings on eight songs including a “cover” of his own “Kingdoms of Rain.”

Live at the Murat

Tapers have passed around their live recordings for years; here’s the first “official” live recording from these beloved jamsters.

The solo debut from the former leader of Semisonic and Trip Shakespeare features guest appearances from Sheryl Crow, Eric Fawcett of N.E.R.D. and Sean Watkins from Nickel Creek.

Young was supposed to release an album called Chrome Dreams 30 years ago – it never happened. But II is said to be heavily influenced by that era.

No World for Tomorrow

Coheed has been telling the story of The Amory Wars over the course of its first three discs. Here on the fourth, the tale comes to a close.

One of the top DJs ever, here Farina spins a flawless mix of beats from Greenskeepers, Hood Fellas, DJ Sneak, Leon Louder and a dozen others.

If you listen to alternative music on the radio you’ve probably already heard “Kingdom,” the first single from this second solo effort from the Depeche Mode frontman.

This punk rock classic is being re-issued (again) to commemorate the 30th anniversary of its debut in 1977. Still nothing else like it!

System of a Down’s singer is joined on his solo debut by Brain from Guns N’ Roses and S.O.A.D. drummer John Dolmayan.

It’s Mardi Gras every day as you enjoy tracks from Kermit Ruffins, the Dirty Dozen Brass Band with Dr. John, the Preservation Hall Hot 4 and many others.

This band has now expanded to a sextet – it can afford the hired help since it’s had its music played on “Veronica Mars,” “Bones,” “The Fallen” and “The Unit.”

Forget the eye of newt, these Swedish rockers have a cauldron of Doors-worshipping brew a-cookin’.

Live renditions of Rob’s solo material, White Zombie tunes and even the title songs from Zombie’s horror films, House of 1000 Corpses and The Devil’s Rejects.

She did an American Express commercial and became the second most Google’d person of that week. Expect an even bigger frenzy when this one hits.

Singer M.Shadows says the band was listening to Toby Keith when it was writing this self-titled album. No wonder one cut is called “Dear God.”

At last! The band has a new label, and this album that’s been in the can for over a year is finally hitting the streets.

Carnival II: Memoirs of an Immigrant

Her Name is Nicole

The Pussycat Doll steps out to do a little purring on her own with help from will.i.am on the single “Baby Love.”

Love her? Hate her? You’re going to be hearing from her here with songwriters Ben Moody and David Hodges who’ve hit with Evanescence, Kelly Clarkson and Lindsay Lohan.

Fourteen of their most famous songs including several No. 1 hits: “Name,” “Iris” and “Slide.” Leave room in your stack for Vol. 2, coming in early ’08.

The Gossip’s frontwoman Beth Ditto has been named the coolest person of 2007 by NME. She also sells a lot of records.

45:33 has been a mover at iTunes for over six months; now it sees release on CD with the addition of 12 more minutes of dance floor nirvana in the form of “Freak Out”/“Starry Eyes.”

Seal says that this album, his first in four years, is a return to his roots. Included is “Wedding Day,” a tune he wrote the day he married Heidi Klum.

Frank was recorded a couple of years ago and has until now been available only as an import.

Six years after its last studio album and coinciding with its 15th anniversary, 8 Diagrams features unreleased vocals from the late Ol’ Dirty Bastard.

Not actually a Dylan album – he doesn’t perform here. This is a two-CD collection of songs Bob played on his radio show. Lots of blues and earthy early rock, some doo-wop and even a Bing Crosby cut.