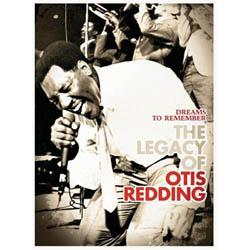 Hearing a classic tune on the radio can be refreshing. Luckily we have a few radio stations in Southern California that play oldies every now and again, reminding us of legendary artists of yesteryear.

Otis Redding is one of those classic figures in the world of rock ’n’ roll. He helped create hits like “(I Can’t Get No) Satisfaction” and “I’ve Been Loving You Too Long,” and is now being paid tribute in the documentary, Dreams to Remember: The Legacy of Otis Redding, being screened as part of the Mods & Rockers Film Festival in Hollywood.

Sadly, Redding died in 1967, though his music is alive and well. This film takes an in-depth look at Redding’s life through memorable performances and interviews with musicians Steve Cropper and Wayne Jackson, Jim Stewart, the founder of Stax Records, wife Zelma Redding and daughter Karla.

The screening coincides with the recent release of the DVD, Dreams To Remember: The Life Of Otis Redding on the reactivated Stax label, as well as the labels 50th anniversary and the 40th anniversary of Redding’s passing.

Following the showing of the film, there will be a panel discussion with widow Zelma, Wayne Jackson of the Mar-Keys, Stax’s historian Rob Bowman and the documentary’s directors David Peck and Phil Galloway. What’s more, following the premiere of Dreams to Remember and the panel discussion, there will be a screening of Stax/Volt Revue Live in Norway, 1967, featuring live footage of Redding, Sam & Dave, Booker T & the MGs, the Mar-Keys and others.