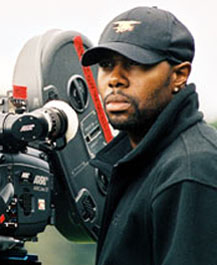 Just a day before the King Arthur: Director’s Cut comes out on DVD, the Arclight is giving audiences a chance to see the film – an explosive collaboration between acclaimed Training Day director Fuqua and mega-producer Bruckheimer – on the big screen. There are 14 minutes of extra footage in the King Arthur: Director’s Cut, which tosses aside the romanticized version of King Arthur and Camelot in exchange for a darker, perhaps more realistic version of Arthur (Clive Owen of this month’s Closer).

Against the backdrop of a crumbling Roman Empire, Arthur emerges as a powerful king who unites an excess of disassociated knights with his now-famous concept of the round table. The film also stars a buff Keira Knightley (Pirates of the Caribbean), Stephen Dillane (The Hours) and Hugh Dancy (Ella Enchanted).

The Arclight will screen King Arthur: Director’s Cut at 7:30 p.m. on Monday, Dec. 20. The film will be followed by a special Q&A with Fuqua and Bruckheimer. For additional information on the film or other events at the Arclight, visit the theater’s Web site at www.arclightcinemas.com.