Aesop Rock: None Shall Pass 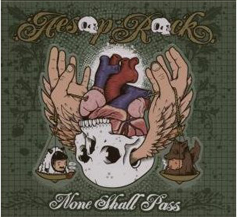 You can always count on Aesop Rock for a guaranteed lyrical journey, and that’s exactly what None Shall Pass strives to be, though its momentum fluctuates throughout the entirety of the album. The album launches with “Keep off the Lawn,” a self-proclaiming track that highlights Aesop’s vivaciousness: “How alive are you? Too alive.”

One mistake the album does make is the track listing, hiding the gems toward the end and putting the standout tracks too early on, such as the album’s namesake, a truly unique and progressive cut that proves that Aesop continues to lead the underground rap scene and constantly raises the bar in independent rap.

Backed by distinctive samples – such as a monotone voice reciting Sir Isaac Newton’s Laws of Gravity – Aesop’s smooth flow carries this album to a sophisticated style of lyricism, rhyming everything from outer space on “Bring Back Pluto,” a song that strikes a strong resemblance to Del the Funky Homosapien circa Deltron 3030, to kleptomania on “Five Fingers,” where he unloads some of the best storytelling on the album.

Almost completely overlooked, the penultimate track “Dark Heart News” brings the album to an intense close, with a heavy, horn-driven rhythm, while “Coffee” completes the album with a stylistic drum pattern that toggles between indie rock and soulful rap. Don’t forget to stay tuned after the final track for the secret song, a much-forgotten practice in music these days.

None Shall Pass is currently available.