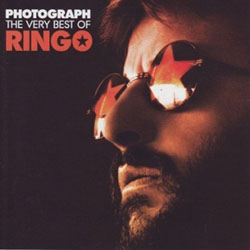 Ringo Starr will always be an ex-Beatle, which has been both a curse and blessing when examining Starr’s solo work. Photograph: The Very Best of Ringo Starr is a non-chronological collection by a musician who will invariably live in the shadow of his band mates. But the 20 tracks compiled here show Starr has continuously celebrated the unassuming pleasure and comfort of pure pop.

Fourteen of the songs come from the 1971 through 1976 era, when Starr scored hits with memorable tunes such as elegiac “Photograph,” autobiographical “It Don’t Come Easy” and Elton John/Bernie Taupin-penned declarative rocker “Back Off Boogaloo.”

The surprises are his excellent newer tunes. “Never Without You,” from 2003, is a heartfelt, catchy George Harrison tribute. One of Ringo’s strongest songs is “Fading In, Fading Out,” which was released in 2005. It’s easily the best thing he’s done in decades.