Banner Gwin: A Director on the Rise 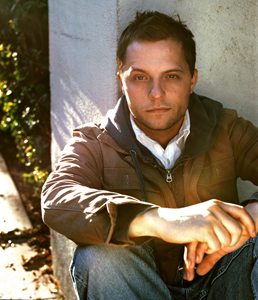 At 26 years old, Memphis native Banner Gwin is poised to become a fixture on Hollywood’s shortlist of music video directors. Already an accomplished editor through his work on major motion pictures, he recently directed, produced and edited the video for the National’s hit single “Apartment Story.”

Banner began his film career as a student at the University of Tennessee’s Honors Program. After graduating from Tennessee, Banner moved to New York City to begin work as an intern in Martin Scorsese’s production office.

Despite the long hours and no pay, the internship proved to be priceless when it catapulted Banner into the cutting room as an editorial assistant for Sidney Pollack’s The Interpreter (2005). Gwin went on to serve as an apprentice editor for Owen Wilson’s You, Me and Dupree (2006) and the soon to be released August Rush. Currently, Banner can be found in the post-production offices of Universal Studios, where he’s employed as an apprentice editor for the upcoming film, The Express.

Despite the long hours in the editing room, Gwin has never lost sight of his dream to be a director.

“When you’re a nobody kid from nowhere, the only way to get something made on a large scale is to do it yourself,” he says.

He has masterminded a number of independent projects, including the National’s latest video. Relying upon a meticulously prepared storyboard and an unbreakable confidence in his concept, Gwin successfully wrapped filming in less than 24 hours.

Since its premiere on a number of major Internet music sites, the video has received tremendous praise. As he prepares to complete his tenure as an apprentice editor, the future appears very bright for Gwin.