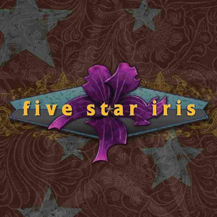 This quartet is from Atlanta, but they strutted their stuff all the way across the Atlantic last year to win the 2005 United Kingdom Songwriting Contest. Singer Alan Schaefer can take most of the credit for that as he wrote or co-wrote everything on this nice debut. Schaefer tackles the usual subjects like infatuation (“Starry Eyed”) and the break-up (“Follow You Down”) with panache, and you can just picture a live audience swaying back and forth slowly to his romantic, breathy vocals on “Is There Something I Can Do.” “Let it All Out” features a slight nod to the band’s southern roots with a bit of sweet slide guitar and the song also has the feeling of any number of hits cranked out by Collective Soul. If you like the Collective Soul sound you will probably like Five Star Iris which is not only produced by that band’s producer Dexter Green but Schaefer shares songwriting credits on two songs here (“Anyway,” “All I Am”) with Collective Soul’s Ed Roland.