Justin Lin: Finishing the Game, but Just Getting Started 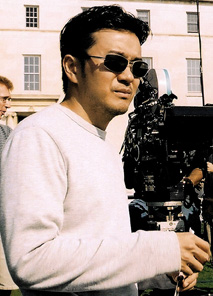 “No one’s gonna watch this.”

That’s what studios told Justin Lin when he pitched his ideas for Better Luck Tomorrow. Even Asian Americans scoffed at the idea, claiming that there simply was no market for this kind of movie.

“Everything’s stacked against you, but it’s OK,” Lin says. “It is what it is. You just work twice as hard and don’t complain.”

Lin has just come back from a tour for his new independent film Finishing the Game, which he wrote, produced and directed, and is in the midst of working on The Fast and the Furious 4. The 34-year-old UCLA alum clearly has a lot on his plate.

Having shocked and captivated audiences with the dark comedy/drama Better Luck Tomorrow, Lin went on to shoot Annapolis as well as the summer blockbuster The Fast and the Furious: Tokyo Drift. But his true creative outlet came in the form of Better Luck Tomorrow, a film that he made with almost no budget after the studios either rejected the idea or wanted to radically change it.

The movie allowed Asian-American actors to break free of one-dimensional characters and criticize stereotypes rather than perpetuate them. And it struck a chord among audiences.

“Of course I was glad to hear that [people] enjoyed my film,” Lin says about the largely positive reception of Better Luck. “But it was much more rewarding when people came up to me and said that they could relate to the film.”

Temporarily putting that rewarding feeling on hold to make big studio films, Lin returned to independent filming with Finishing the Game, an idea he had harbored for a while but was never able to fully develop. With virtually no budget once again, Lin managed to complete shooting in an amazing 18 days.

Shot in documentary format, Finishing the Game follows the unexpected death of Bruce Lee at the height of his popularity. At the time of his death, he had been working on the movie Game of Death, for which he had already shot some 12 minutes of footage. The film’s executives, recognizing the financial significance of Lee’s popularity, rushed to find a replacement so that they could complete the unfinished film.

Finishing the Game re-imagines the events surrounding the search for Bruce Lee’s replacement. A B-movie actor named Breeze Loo (Roger Fan), a naïve Southern bumpkin (Sung Kang) and a white man who claims to be half-Chinese (McCaleb Burnett) are but some of the unlikely yet prime candidates.

With his independent films, Lin hopes to create real opportunities for Asian-American actors.

“Asian Americans in cinema are like third world status … [they] have no real voice,” he asserts. “[Asian Americans] are imposing on themselves. We are putting ourselves down.”

Lin isn’t letting this get him down, though. He plans to work hard at opening up more doors for Asian-American actors and for Asian Americans in general.

“I’m just getting started,” he declares.

“Hollywood always wants to cast me as something I’m not,” says Fan.

Which is why he takes on smaller projects such as Better Luck Tomorrow and Finishing the Game. The Brown alum has worked with Justin Lin on both films, as well as Annapolis.

“I tend to find that the bigger the budget, the less fulfilling the film and the less real the character is,” states Fan.

Over the past couple weeks, Fan has been traveling across the nation with the crew on any kind of transportation they could find.

The set was evidently a comfortable place for everyone on the Finishing the Game team. It helped that they were friends to begin with.

A graduate of Brown University and NYU’s Graduate School for Acting, Burnett starred in Annapolis, where he met Roger Fan and Justin Lin. Lin invited Burnett to play the part of Tarrick Tyler, or TNT, in Lin’s new indie film, and Burnett was more than willing.

“There are no frills in indie films,” says Burnett. “Everyone’s there for the right reasons.”