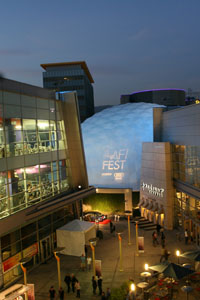 If you’re in the Los Angeles area (actually, if you live anywhere in the United States), it’s practically impossible to have not been affected by movies. Whether you love them, hate them or, if you’ve been living in a hole, just know of films as those things with moving pictures and pretty people, movies have ingrained themselves into our lives.

Should you happen to love movies, though, the American Film Institute’s annual AFI Fest is back and worth checking out. AFI Fest is the longest-running film festival in Los Angeles (running since 1987), and is one of the most influential film festivals in the nation.

Spanning 10 days in November, the festival will feature international competitions of new films from emerging filmmakers, along with showcases of the latest work from great film masters and nightly red-carpet gala premieres. AFI Fest provides a platform for both national and international cinema as an awards season kick-off event.

Many films have started here and have gone on to amass international recognition as well as nominations and awards, including Curse of the Golden Flower, Pan’s Labyrinth, Hotel Rwanda, Monster and Volver. Kicking off with a free screening of Alfred Hitchcock’s Psycho on Halloween night, the festival will jump into 10 straight days of short films and both American and international showcases. There will be movies featuring big stars such as Meryl Streep and Tom Cruise and movies with budding stars. There will be five-minute shorts as well as full-length movies, and films from America to films from anywhere from Korea to Israel.

Either way, there will be plenty for moviegoers and lovers to drool over at the 20th AFI Fest.