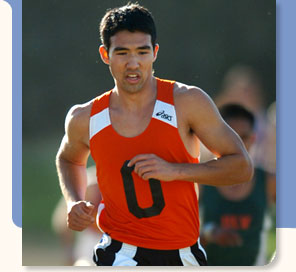 This year, the centers have added the contest for best plan for technology commercialization, offering $25,000 as well as six months of free rent in the Business Technology Center. The business plan or commercialization plan must be submitted by midnight March 28 to be considered for the competition. More information can be found at www.usc.edu/techalliance.

UCLA’s Lake Arrowhead Conference Center reopened on Nov. 1 after having been shut down for 10 days due to the threat of fire. The Center will open its doors again in time to host an international conference, as well as prepare for the annual Bruin Woods Family Thanksgiving weekend.

Threatened by the nearby Grass Valley and Slide fires, the center remained unscathed and then served as lodging and a resting area for Southern California Edison workers.

Lily Tomlin, the award-winning comedienne, will visit Woodbury University on Nov. 11 to discuss her work in entertainment. Tomlin has starred in films such as I Heart Huckabees and A Prairie Home Companion, the TV show “The West Wing,” as well as the Broadway show “Appearing Nitely.” Following a reception, Tomlin will also receive the 2007 Julius Shulman Communication Award during the program.

LMU & UCLA STEP IT UP

Step It Up, a nationwide campaign calling for politicians and government officials to take action to stop global warming, held several events last week to raise awareness in Los Angeles. Students at LMU took part in a Step It Up rally Nov. 1 on campus, while the Empower Change Summit took place at UCLA’s Royce Hall on Nov. 3 with panel discussions and free workshops. Other area events took place at the Federal Building in Westwood and Griffith Park.