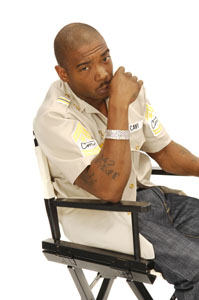 Think of the rapper Ja Rule, and a number of flashes pop to mind: It’s muuurrrrder. The Murder Inc., now known as The Inc. Beefing with 50. Popularizing a new rhyme style.

When considering Jeffrey Atkins’ career, of all the things you might be thinking right now, don’t call it a wrap for the kid.

Since ’99 when his first single, “Holla Holla,” dropped, Ja has held his place in hip-hop history. He’s an artist who has consistently made music for more than a decade and released hits that changed the game, whether we admit to liking them or not. He’s an actor (The Cookout, Scary Movie 3, The Fast and the Furious), CEO of Mpire Records, Internet radio host at 187FM.com and future builder of a community center in his hometown of Hollis, N.Y.

And through it all – the ups and downs – homeboy has had a good life.

With the release of “Between Me & You” and “Put It On Me,” Ja made it OK to create songs for the ladies.

“As an artist, if you don’t want to be different or stand out from the crowd then you’re not a real artist,” Ja says adamantly, resting in an L.A. studio between takes of filming his video for “Body” from his forthcoming CD, The Mirror. The director, Hype Williams, has ordered a closed set, but a few journalists have managed to sneak on.

“Artists,” he continues, “when you think of the word, artists stand out. I always want to dare to be different. On this new album, The Mirror, I got a record called ‘Father Forgive Me.’ It’s a Beatles classic [“Eleanor Rigby”].”

He pauses for a moment and smiles: “Thanks to the Beatles for clearing that.”

Years ago, when 50 Cent decided to go hard at Ja Rule, there wasn’t much Ja could do. He stepped back and decided to embrace the chaos.

Rule could be dissed by 50 and even his fans, but he couldn’t be dismissed.

“Fans are fans,” Ja says. “They can be with you one minute and against you the next. That’s the nature of our business, and I understand that. So once you grasp that, understand you’re in a tough business; it’s fickle, and it’s a business where they love to build up people to tear them down and watch them come back from the depths of hell. I’m a strong person. And I’ve seen a lot of people go through what I’ve gone through, and worse. I’ve seen people not be hot, not make good music anymore. I never stopped making good music. To me that’s a plus to who I am as an artist.”

As Ja releases his seventh studio album, he only has love for the music, the industry and life.

“I’m going to keep saying it, but it starts with your passion for the music,” he shares. “You gotta love what you do. During this whole time people might have thought I was somewhere with my feet kicked up, enjoying my money. No, I was in the studio because all of the hate inspired me to go in and be great. I love making records. I love what I do.”