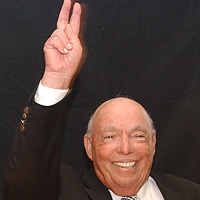 USC Alum and Trustee Louis J. Galen died on Nov. 12 in his home at the age of 82. Galen and his wife Helene have long supported USC, and their contributions led to the construction of the Galen Center sports arena and events complex, which opened in 2006. The couple also endowed the Helene and Louis Galen Ceramics Studio as well as the Helene V. Galen Intermedia Lab.

The Friends of the Charter College of Education at Cal State L.A. honored Judy Burton, Yvonne Chan and David Tokofsky at the 18th Annual Distinguished Educator Award Dinner on Nov. 16 for their contributions to school leadership within the community.

UCLA Alum Gary Knell, who is the CEO of Sesame Workshop, will give a talk on Nov. 29 on how “Sesame Street” and the Muppets factor into promoting diversity and acceptance. The “Burkle Talk” will take place at noon-1:30 p.m. in the Second Floor Lounge of UCLA’s Ackerman Ballroom. To sign up for this event, RSVP to egremse@support.ucla.edu.

The Occidental Men’s Cross Country team, having recently won a SCIAC title, is now headed to the NCAA National Championships after placing second against the West Region. The women’s team placed fifth at the meet, just shy of qualifying for nationals.

USC Professor Morten Lauridsen of the USC Thornton School of Music has been honored with the National Medal of Arts, an award given to “artists and patrons in the fields of visual, performing and literary arts.”

The award is the National Endowment for the Arts’ highest recognition. Lauridsen was presented with the medal by President Bush and the First Lady at a ceremony at the White House on Nov. 14.

The UCLA School of Dentistry has recently been subject to allegations of preferential admissions within the orthodontics residency program. The dean, Dr. No-Hee Park, issued a statement pointing out an independent investigation that supposedly found no credible and convincing evidence suggesting preference given to donors.

However, Park states that the School of Dentistry will review admissions policies and procedures to avoid any future oversight.

Hugh Hefner has donated $2 million to the USC School of Cinematic Arts. The donation funds the central exhibition space in the heart of the school’s new 137,000-square-foot headquarters complex, as well as an archival repository that will house decades of student films, production-related records and other priceless historic resources.