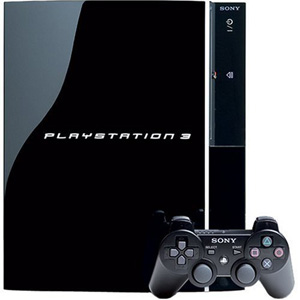 Don’t know what to get your gaming loved ones? Here you’ll find a breakdown of NexGen consoles, money-saving peripherals and games for everyone.

We start with the Playstation 3 ($600), the only console capable of producing full 1080p graphics. Utilizing Blu-Ray technology, the PS3 is easily the priciest system on the market but well worth the expense. If your gamer is often heard celebrating amazing graphics or seen drooling over HDTVs, this is the gift for them.

You should also strongly consider the PS3 Intercooler by Nyko, which provides for longer game play and an extra air filter to keep your system running clean.

The Xbox 360 ($450) seamlessly integrates online gameplay into nearly every title. Operating at slightly less than full HD in 720p, the graphics are still impressive; however, the AA-battery-powered controllers may burn a hole in your pocket. If you know your gamer enjoys multiplayer games or has friends with an Xbox 360, this is your best bet.

Again, Nyko offers an Xbox 360 Intercooler as well as the Power Kit 360, a rechargeable battery pack that charges as you play your games.

The Nintendo Wii is a system that bridges the gap between gamers and non-gamers, and at $250 it’s affordable for just about everyone. With intuitive motion detection controllers and a simple game design, the Wii is fun for all ages and skill levels.

Yet another peripheral offered by Nyko is the Wiimote ChargeStation, replacing AA batteries with a rechargeable pack and charging dock.

Separate from the consoles, handheld gaming systems such as the Nintendo DS ($130) and Playstation Portable ($200) offer gaming on the go. The Nintendo DS touch-screen technology opens up a new way to interact with games, while the PSP incorporates Sony’s amazing graphic technology into a handheld device.

ACTION games are thrilling, fast-paced scenarios made for the gamer that enjoys, well, action!

“Ratchet and Clank Future: Tools of Destruction” will entertain action fanatics with an array of creative weapons and a little comic relief. (PS3)

“Uncharted: Drake’s Fortune” puts the PS3’s capabilities to the test in this fast-paced thriller where, stranded on a mysterious island, a fortune hunter and his companions must face a group of mercenaries. (PS3)

FIRST-PERSON SHOOTER (FPS) games, played through the eyes of the main character, set the player against swarms of foes armed with extensive artillery.

“Halo 3,” as the last installment of the trilogy, is quite simply the must-own title for any Xbox 360 owner and FPS player because of its rich story and addictive online play. (Xbox 360)

KIDS/FAMILY games are geared towards the younger crowd or designed to bring the family together to play.

“Mario Party 8” continues the widely popular Mario Party series for the Wii. Fully utilizing the motion-sensing controller, these mini games are difficult to put down. (Wii)

“Drawn to Life” provides a new and creative approach to side-scrolling action games in that the user draws the character they use as well as pieces of the environment as the game goes on. (Nintendo DS)

ADVENTURE titles are usually set in a free-roam environment where maneuvering and problem solving create most of the experience.

“Assassin’s Creed” is heralded as one of the most beautiful games on the market, with gameplay that includes sword battles and stealth-based objectives. (PS3, Xbox 360)

DRIVING games are just that: games based on either races or driving missions. “Stuntman: Ignition” puts the player in the driver seat of a major motion picture stunt-car and allows them to produce scenes rivaling their favorite box office hits. (PS3, Xbox 360)

MUSIC games incorporate songs into the gameplay and appeal to the musician-at-heart waiting for their chance to shine.

“Guitar Hero III: Legends of Rock” puts famous guitar solos at your fingertips as you battle legends like Slash, Tom Morello and the Devil himself. (PS3, Xbox 360, Wii)