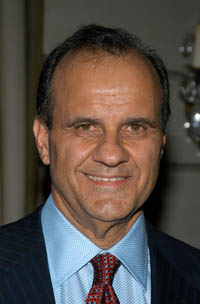 Two once-proud franchises, one insulted manager and an entire nation in between – such is the saga of Joe Torre. Of course, Yankee fans reading this will tell you that they’re still a proud franchise and that the only “once-proud franchise” I could possibly be talking about is the Dodgers (the only team that actually plays in Los Angeles).

Of course, Torre is well-compensated by the Dodgers to partake in this responsibility – $13 million over three years. It’s not as much money as the Yankees offered him, but apparently it’s not as insulting – which is what he called the incentive-laden $5-million offer by Yankee management.

“Baseball has changed dramatically since I began my tenure with the Yankees,” Torre recently said after joining the Dodgers.

Changed it has – especially for him.

Torre leaves a team with the highest payroll in Major League Baseball to join another team with a high payroll, but without the star power. What the Dodgers lack in star power, they make up in soap-opera-style drama – which Torre should be used to, considering the Yankees were the biggest soap opera of all sports franchises during Torre’s tenure.

While Torre had to deal with egos on top of the drama in the Bronx, he will have to deal with youth at Chavez Ravine. Thanks to Ned Coletti, the Dodgers stockpiled immense talent in their farm system. Several players have been good enough to be called up to the majors and bid for a regular spot on the Dodger lineup.

The talent is definitely there, and we’ll find out just how good of a manager Torre really is. He must foster the growth of his budding stars, while striking a chord with the has-been, yet still-solid, veteran corps.

What does Torre have to work with, you ask. At first blush, it appears that despite the young talent, there are still a few gaping holes – a consistent 3rd-baseman, a power-hitter, a starting pitcher and a possible upgrade in center field. If Dodger management can address at least two of those holes in the winter, Torre should have enough for him to take the Dodgers on their deepest playoff run since the 1988 World Series.

Torre’s job will be to properly maintain Russell Martin at backstop, to make sure he doesn’t over-extend himself while flourishing as an All-Star; turn James Loney into the power-hitter he is capable of becoming; finetune Matt Kemp to be an error-free, 5-tool, Dave Winfield-type player; coach Andre Ethier into becoming a more consistent hitter and defensive ace; and maintain locker-room order between the loose young players and the “uptight” veterans.

Don’t forget about the other young players in Andy LaRoche, Tony Abreu and Chin-Lung Hu.

He’ll also have to refine the pitching staff and bullpen. Chad Billingsley is making a strong bid to be the team’s third pitcher; Jonathan Broxton is grooming to be the team’s closer once Takashi Saito retires; Joe Beimel is proving to be the ultimate middle reliever and set-up man; Yhency Brazoban, if healthy, will round out the toughest bullpens in the Majors.

The big question for Torre is whether he can find the right combination of young talent and veteran leadership for the Dodgers to realize their full potential. He has the elements – and the results to garner respect among his players – to make a winner out of the Blue Crew.

It took him a couple of seasons to lead the Yankees to the Promised Land after they failed to win a World Series over 18 seasons (1978-1996). If management makes a couple of good moves this winter, we can see the same results at Chavez Ravine.