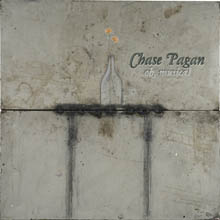 His name invites all kinds of speculation over style, but there’s a pretty good chance that a casual guess will be wrong. Pagan is basically a one-man band, but his sound is far from sparse.

Take, for instance, “Spanish Tongue,” where Pagan pounds out a rhythm on piano at the beginning and sings with an exaggerated breathiness. But then it’s almost like he strolls into a circus sideshow or a vaudeville raree show when, suddenly, he’s singing in falsetto as the melody goes off-kilter to the point of being Fellini-esque.

And while it seems that Pagan would be right at home in a bygone era, the same techniques are used to hearken back not nearly as far for “The Morning,” a song with touches of glam and that may have been learned from Queen or T. Rex. Near the end of the disc, Pagan foregoes all of the twists and turns, playing a straight groove for “Push My Buttons” and striking a poignant chord on “Better.”