Cops on TV: Why We’re Addicted 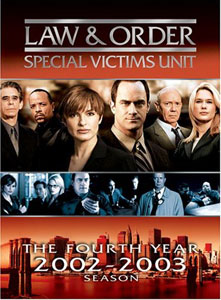 If there’s one trend in scripted TV that has and will continue to be timeless, it’s programs about law enforcement. There have been so many throughout the history of television, and with the advent of TV on DVD, one need only take his/her pick from the pile.

Law enforcement doesn’t necessarily have to be restricted to government officials, either. Whether the protagonists are men, women, cops, vigilantes, martial artists, cowboys, private investigators, animals, aliens, ghosts or even criminals themselves, there is something inherently alluring about watching someone bring someone else to justice.

Whether you enjoy watching William L. Petersen sift through evidence on “CSI,” Vincent D’Onofrio rant about motive on “Law & Order: Criminal Intent,” Peter Graves using gadgets on the original “Mission: Impossible,” Angela Lansbury smother criminals with her quirkiness on “Murder, She Wrote” or Tony Shalhoub creep people out on “Monk,” what it comes down to is Right vs. Wrong vs. You. We’ve seen every kind of person done wrong by every possible person they know.

The criminal turns out to be the wife, the husband, the brother, the jealous girlfriend, the bitter employee, the deadbeat dad, the overbearing mother, etc. What we want out of a good cop show is a protagonist who shares our feelings of right and wrong and to watch them apply that to the world of the unknown.

A cop show of choice is “Law & Order: Special Victims Unit.” What separates “SVU” from other shows is that the detectives exclusively investigate sex crimes. Torture and rape are the aspects of the human psyche that most will never understand, and for that reason we watch the detectives on “SVU,” who we admire, try to understand them themselves.

Cop dramas entice us because: a) they appeal to our subconscious desire to seek understanding of aspects of the human mind that we do not understand, b) they assign responsibility to whatever it is that seems to cause it and c) they reassure us that a “hero” will bring the “evil-doers” to justice. Most of us are not going to become law enforcement officials or vigilantes, but the cop drama allows us to vicariously seek retribution for things we believe in our hearts to be wrong from the safety of our living room.

Then we want to know the reason this person is a murderer/rapist/thief. Usually the “why” is answered and the motive is explained, but the real important question is: where do they come from?

The awful truth is that the boy who was abused may just as well turn out to be a normal person, while next door, the boy who had an ideal upbringing becomes a killer. The capability to do just about anything is in every human; all we need is our own series of unfortunate events to bring out the worst in us.

Whether you’ve accepted that life is not as simple as we would like, someone has to contain the complicity. We don’t have real live Spider-Men, Batmen or Supermen. We have cops.

Though flawed, they are the heroes who everyone subconsciously needs to keep their minds at ease. They are the ones charged with dealing with the “bad” element of society and they do things we ourselves aren’t prepared to do.

Cop shows give us a window into the lives of those who society deems as heroes. A hero by definition is someone who is noble and admirable, and everyone subconsciously needs one of those.