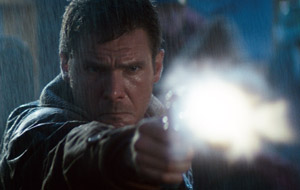 This year marks the 15th anniversary of the Jules Verne Adventure Film Festival. This unique event is dedicated to “Exploration, Conservation and Education.”

From environmental awareness to celebrating one of the world’s greatest sci-fi films of all time, this year’s lineup is full of compelling opportunities. Here are this year’s highlights:

Dec. 7: In the recent milieu of documentary films warning about the perils that our planet is up against, a strong new title is The 11th Hour. This doc explores the last moment when change is still a possibility for the planet – hosted by Leonardo DiCaprio.

Dec. 8: Walden Media has produced some of the most inventive films for a younger audience in recent memory, including The Chronicles of Narnia and Charlotte’s Web. This year, premiering at the festival, comes The Water Horse: Legend of the Deep, an adventure about the mythical nature of the Loch Ness monster.

Dec. 9: The sci-fi saga of Blade Runner will be celebrated this year in style. Ridley Scott’s epic turns 25, and to commemorate, the festival is screening the film in its “final version,” approved by Mr. Scott himself. The event will count on special participation from the film’s cast and crew. For fans of the genre and the film, this is an event not to be missed.

Dec. 15: Finally, a night dedicated to heroes. First, there’s a tribute to the father of many of the most beloved superheroes, Stan Lee. Then the cast and creators of NBC’s “Heroes” will be taking the main stage; a heroic extravaganza.

So, there you have it: a unique festival, celebrating the planet, taking over the Shrine Auditorium. Let’s hope that more purpose-driven events take the spotlight in the days to come.