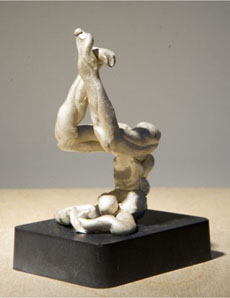 Karl Dorrell, the head coach of UCLA’s football team for the past five years, has been released from his position as of Dec. 3. Dan Guerrero, the UCLA Director of Athletics, made the announcement a couple days after the loss to USC.

“This was a very difficult decision for me,” says Guerrero.

Dorrell has cleaned up the football program since he became head coach, helping to improve the program in academics, citizenship and recruiting. He has had a record of 35-27 in his tenure as head coach and a 6-6 record this season, which led to the decision to let him go.

In a public statement Dorrell says, “I am proud of what the program accomplished during my five years.”

The program has already started looking for a new head coach.

Caltech emeritus professor Seymour Benzer died from a stroke on Nov. 30 at Huntington Hospital in Pasadena at the age of 86. Benzer was a founder of the field of modern genetics and studied gene mutations and regulation, as well as the genetic underpinnings of behavior.

His experiments on fruit flies laid the foundation for the fields of neurogenetics and molecular biology of behavior. Benzer is survived by his wife, two daughters, a son, two stepsons and four grandchildren.

Sonny Astani, a Beverly Hills real estate developer who is transforming downtown Los Angeles, has given $17 million to name the USC department of civil and environmental engineering.

Robert and Kelly Day have donated $30 million in order to endow the UCLA Department of Surgery through the UCLA Foundation, establishing the Robert and Kelly Day Surgical Endowment that will “greatly enhance the surgical research, teaching and patient care mission of the David Geffen School of Medicine at UCLA.”

The endowment specifically goes towards providing funds for education and training of future surgeons, state-of-the-art surgical equipment, retention of current faculty and recruitment of new faculty and various research projects.

USC will hold a special viewing of the exhibition Robert Graham: Body of Work on Thursday, Dec. 13, from noon-1 p.m. The open house will be at the USC Fisher Gallery. The exhibition features the work of Los Angeles artist Graham who explores the female figure through drawing, photographs, videos and most prominently, sculpture. Graham has been described as “pushing the depiction of movement to its most abstract form.” Gallery hours are noon-5 p.m., Tuesday through Saturday.