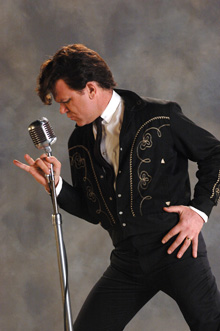 The now legendary Judd Apatow has been a writer, director and/or producer on a slew of the most popular and successful comedies over the past five years, including The 40 Year-Old Virgin, Knocked Up and Superbad. On his latest feature, Walk Hard: The Dewey Cox Story, he’s the producer and shares writing credit with the director, Jake Kasdan, son of legend Lawrence Kasdan of Star Wars fame. Starring in the title role is the very talented and surprisingly hilarious John C. Reilly.

Walk Hard follows Cox (Reilly) from his troubled childhood to his rise to superstardom as a singer and falls in line with other colon laden Apatow-produced spoofs; Anchorman: The Legend of Ron Burgundy and Talladega Nights: The Ballad of Ricky Bobby (which also starred Reilly).

The film is full of great cameos. Those that especially stand out are the Beatles, with Paul Rudd playing Lennon, Jack Black as McCartney, Jason Schwartzman as Ringo Starr and Justin Long as George Harrison. Other worthy cameos include Eddie Vedder and Jack White as Elvis Presley.

Apatow and Kasdan took their spoofing jobs seriously and did their homework. They studied every rockumentary and every “E! True Hollywood Story” involving rock stars to make Walk Hard as authentic as possible. Walk Hard, as well as every rock doc, will no doubt follow the same structure. But Apatow promises something you may have never seen on a late-night VH1 documentary. Turns out Cox isn’t just a funny name to put in the title, but also a preview of what the film contains. Apatow proudly states, “Yes, you will see penis.”