One Republic: Dreaming Out Loud 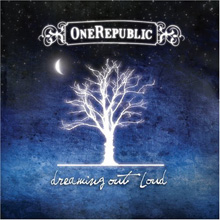 Timbaland has skills. The uber-producer picked One Republic’s strongest track and turned it into a bona fide hit. Though the remix of “Apologize” is worthy of airplay, the rest of the band’s new album, Dreaming Out Loud, should stay silenced.

Unfortunately for the Republic boys, their big hit wasn’t even originally released on an album of their own. Timbaland released the remix on his album Shock Value nearly a year ago.

Fans of the remix are in for a different sound when they pick up Dreaming. No hip-hop here; minus Timbaland’s tinkering and additions, the band’s sound falls straight into adult alternative territory.

Aiming to land in the “sounds like” category with bands such as Coldplay and Matchbox Twenty, lead singer Ryan Tedder’s voice fails to have any originality or distinctive sound. With such trite lyrics and yawn-worthy songs, One Republic should be pledging their allegiance to Timbaland for giving them a hit before their dreams went aloud.