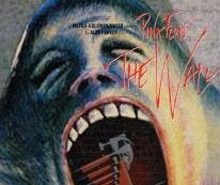 Even if you aren’t taking LSD or smoking weed in your sister’s basement, you can still make your parents wonder where they went wrong by showing up at the Regency Fairfax on Friday night for a showing of Pink Floyd’s The Wall. At midnight, the highly controversial psychedelic rock-film classic will be showing on the big screen, ready to corrupt another generation of lost youth and convince parents to enact earlier curfews.

With a screenplay written by singer/bass player Roger Waters, the movie is propelled entirely by Pink Floyd songs and follows a “fictional” depressed rock star as he struggles to accept the metaphorical wall that he has built around himself. In the process, he has an emotional breakdown, shaves off all of his body hair and falls into a catatonic state where he dreams his fascist alter-ego has converted all his fans into hate mongers – all to the tune of the now 23-times platinum album for which the movie is named.

Part extended music video, part social and political commentary, The Wall is a movie for anyone that claims to like classic rock. Think of it as a more depressing Across the Universe where Evan Rachel Wood’s mass appeal is replaced with an eerily intense skinhead rally and 15 minutes of frighteningly surreal cartoon sequences where flowers erotically touch each other and judges are giant butts with wigs.

And what better way to start off the upcoming Spring semester than by chanting, “We Don’t Need No Education” in a crowded movie theater?

The Regency Fairfax is located at 7907 Beverly Boulevard in Los Angeles. For more information, contact www.regencymovies.com.