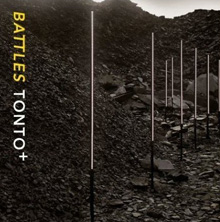 Nearly 43 minutes, this EP. The Field’s remix of “Tonto” is overworked into techno repetition, quickly wearing out and losing the great musicianship of the original. The “Four Tet” remix alternately retains the rhythmic bass line that lies at the song’s core, layering a more club-friendly beat underneath but allowing a few of the original’s introductory keyboard notes to eventually seep through.

A live version of “Tonto” finds bassist Dave Konopka speeding things up to nearly one and a half times the song’s recorded pace, and keyboard solos are eagerly cheered on. The live version of “Leyendecker” is less climactic, though a remix by DJ Emz featuring Joell Ortiz reworks the song nicely so that it sounds more sampled in entirety than remixed.

The real reason to nab this EP, though, is the included DVD that features videos for “Tonto” and “Atlas,” one of 2007’s most exciting tracks, as well as a 10-minute doc on the making of “Tonto.”

In the “Tonto” video, you become hyper-aware of the pace shared by lead guitar and crash cymbals, paired in syncopation with Konopka’s bass and setting the rhythm for each of the camera’s cuts. “Atlas” finds the group surrounded by night stars in space and performing in a mirrored cube, exposing that a third of what sounds to be guitar is actually keyboard. Still brilliant.