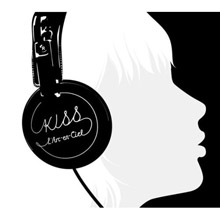 This band is well established in their native Japan where they’ve already celebrated their 15th anniversary. They play keyboard-oriented alternative rock, and they favor a big, flourishing anthem-like arrangement on most songs.

Obviously they’ve been around long enough to have their own sound, but that is hard to peg listening to Kiss. “Sunadokei” sounds like a lesson in U2, “Pretty Girl” has the feel of the old Tubes’ hit “She’s a Beauty” and a good portion of the album indicates that the band were big fans of Norwegian group A-Ha.

The set list gets even more confusing towards album’s end as it jumps from the nu-metal boogie of “The Black Rose” to orchestrated bubblegum on “Link-Kiss Mix” to a schmaltzy strings-laden “Yuki no Ashiato.” The album closes with what the band probably thought of as a novelty throwaway but the swinging “Hurry Xmas” is the most interesting tune here.

Despite the best of efforts though, this music just doesn’t translate.