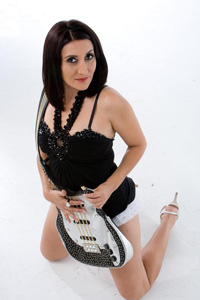 On Jan. 26, the Westchester will be hosting a very special event for the Latin alternative rock scene. Ric Fazekas, one of the biggest supporters of the Latin underground scene is saying goodbye to the Westchester. This will be his last show there as a promoter, and he has selected five bands to represent what he believes to be the unsigned buzz bands of 2007.

Fazekas has been a major player as a global distributor of independent bands in the United States, Latin America and Spain. His company, Verdad Y Justicia Label Group (which translates to Truth and Justice), is part of a larger company called Navarre Distribution, which recently signed a bigger deal with Koch.

Crash from MTV’s mun2 will be hosting the event. Twice a week, Crash features bands from the L.A. Latin alternative scene on her TV show, “The Shift Late Night.”

The hard work it takes for a band to touch audiences should never be downplayed. The following five bands have each earned their right to be called a buzz band.

This female-fronted band was formed in Los Angeles in 2004. In 2006, their first album, Rompecabezas, was released through a small label called J-Gates Records. That same album was also released in English, and the title translates to Puzzle Pieces.

This Bakersfield-based band is part of another independent label called Uneven Records. Despite being a relatively new band (they were created in 2007), they have pushed their way onto the L.A. and Seattle scenes with their eponymous debut album. An interesting mix of people, their sound represents that uniqueness.

This band has simply exploded on the L.A underground scene. Describing themselves as a rock band with a touch of reggae and new wave with a bilingual flavor, they have been together for about 10 years. The band has been receiving a tremendous amount of publicity, and in 2007 released an album titled Cicatrix on Feed the Hungry Records.

This Seattle band has created national heat since they released Snake in 2006 on Infidel Records. The album was produced by Michael Barbiero, who has worked with Guns N’ Roses and Metallica. Los Burbanks was a showcasing artist at South by Southwest in 2007. For more information, visit www.losburbanks.com.

When you talk about Latin ska bands, Los Angeles is the capital of the genre. Nine years together, with nine members in the band, Coachella Valley’s Kura has gained true momentum and recognition over the past year. Kura was featured on LATV, making it into the top 10 in their Battle of the Bands.

The Westchester is located at 5630 W. Manchester Avenue in Los Angeles.