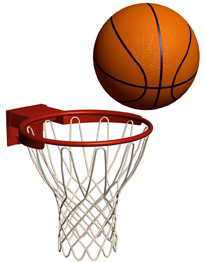 These days, it’s good to be a UCLA men’s basketball fan. Whether it’s freshman Kevin Love pouring in points and grabbing every rebound in sight, Darren Collison running the point to near perfection, Luc Richard Mbah a Moute contributing on every play or Ben Howland coaching the team to big wins over conference rivals, you can’t help but like what’s going on in Westwood. Not only is it a good team, but it’s a good team to watch.

And next year, the rich only get richer.

If you haven’t heard of high school senior Jrue Holiday yet, don’t worry – you’re not alone. After all, not too many people spend their time poring over magazines and Web sites praising high school basketball players and their efforts to get recruited.

But Holiday is an impressive talent who demands attention. He has managed to build a strong following over the past couple of years, as he’s been seen lighting up his rivals for North Hollywood’s Campbell Hall Vikings, playing in summer leagues all over the country and recently appearing on the covers of Dime magazine and Punks, Slam magazine’s high school edition, the title of which only slightly offends his mother, Toya.

Now, as his senior season winds down and he moves toward his third California State Division IV Championship, it’s time for Bruin fans to get excited for this young combination guard and what he can do for the future of UCLA. While his current stats of 23.8 points, 10.9 rebounds and 6.3 assists a night might be exaggerated, they speak well of his all-around ability to play the game.

He’s a scoring threat with a willingness to share and a desire to win, and all that makes him one of the best guards in the country. It also makes him the best news that any Bruin fan, scared of Collison and Love leaving for the draft, has heard in a while.

On the court, Holiday excels with his intelligence and athleticism. Many scouts compare him to the Miami Heat’s Dwyane Wade, not only because of his explosive presence on the floor, but how well he can run the offense both on and off the ball. His eyes work overtime on every play, surveying the court to see where he can pass or where he can move to be more effective.

While his defense is impressive, his desire to make big plays can sometimes force him to over-commit and watch his opponent blow by him. He’s proven to be an above-average rebounder for his height (including grabbing 25 boards against Jordan earlier this season) and will only improve as he builds strength and muscle in the coming years.

He can shoot with either hand, or he can blow by and hang in the air for what seems like days. His passing skills rival many of today’s pros and his speed, as well as his acrobatic scoring moves, are phenomenal.

More than anything, he makes already-impressive teammates like senior guard Dallas Rutherford, junior forward Keegan Hornbuckle and sophomore James “Deuce” Johnson even better as they feed off his energy and skill. If he can have the same effect on his teammates in Westwood, look for some big wins and deep tournament runs along the way.

Not all of life exists on the court, however. As good as he is, Holiday is a humble young man with a good head on his shoulders and a good family supporting him.

While his family may laugh at this statement of humility as he’s calling for ally-oops and twisting his wrists in triumph of another great play (a signature move that no one quite understands), his excellence in the classroom and his willingness to play with the kids who look up to him after the game make him someone that everyone can admire.

And while his game face might not enjoy being called “really sweet” by his mother, his actions off the court speak volumes. That character translated in the locker room and on the court will help UCLA remain effective in a world where teams tend to thrive on chemistry and individual character.

As he moves on to play for Howland and the UCLA Bruins next year, he brings his talent and his intelligence to a team that really doesn’t need any help to succeed. Still, Holiday will help elevate the already proud program to new heights in both the Pac-10 and the country.

So, the rich get richer. And you can’t get much richer than a guard like Jrue Holiday.