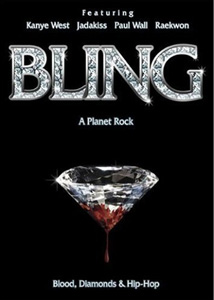 Even though the Pan African Film and Arts Festival started Feb. 7, the next six days hold all of the action as the largest Black History Month event steams on with full force. The PAFF is such a large production that for two weeks it takes over the Baldwin Hills Crenshaw Plaza, lining its walkways with art, holding red carpet events in its parking lot and showing over 150 new industry and independent black films at its AMC Magic Johnson Theatre.

Boasting an attendance of over 200,000, the festival encompasses all areas of creative works by those of African descent. In addition to all of the screenings – which include a college film series (StudentFest) and a free Saturday family-friendly sampling (ChildrensFest) – there are panels and workshops, a “wearable art” fashion show, a spoken word fest, two nights of comedy and a gallery full of art for sale.

With so many options, starting somewhere is hard, so plan a day around a good documentary and grab lunch at the PAFF Bistro across the parking lot. Suggestions include American Landing: Jimi Hendrix Live at Monterey (documenting the guitarist’s rise to fame around the famous performance) and Bling: A Planet Rock (where Paul Wall and Kanye West – among others – go to Sierra Leone to face the true price of their diamonds).

You can also check out the hip-hop version of Spinal Tap, the hour-and-a-half of rare Public Enemy footage, or one of several movies documenting black life in Los Angeles. Or, just make a mid-day date with grandma/grandpa and take them to one of the nine free senior screenings.

All walks of life are encouraged to come, so celebrate your Black History even if you have none!