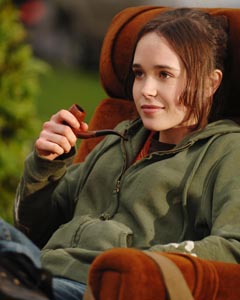 Naysayers swore that it wouldn’t happen, but the 80th annual Academy Awards telecast is a go. The Oscars are always the most random ceremony of the season and this year should prove no different.

I know what you’re thinking: “Comedies never win Best Picture.” That’s why Juno will take the top prize. This year’s sleeper hit is the only nominated film with true universal appeal.

Other nominees: Atonement, Michael Clayton, No Country for Old Men and There Will Be Blood.

BEST ACTOR: DANIEL DAY-LEWIS (THERE WILL BE BLOOD)

Day-Lewis is a longtime Academy favorite. He’s a powerhouse in this drama directed by Paul Thomas Anderson (Boogie Nights).

In a year where the writers’ strike brought everybody down, emptied savings accounts and pit the big guy against the underdog, people fell in love with Juno McGuff – big time. Page will bring home the statuette because now, more than ever, people want a lighthearted character they can root for.

This award should go to Hal Holbrook for Into the Wild, however, Bardem has turned in one electrifying performance after another. Also, the Coen brothers are beloved by the Academy, and therefore, so are the people they cast.

Blanchett does hipster hottie better than half the guys in Echo Park and Silver Lake. As Bob Dylan during the Edie Sedgwick years, she empowers and brings it. The Academy loves her and is sure to give her props for taking a chance this big and actually pulling it off.

BEST DIRECTOR: JULIAN SCHNABEL (THE DIVING BELL AND THE BUTTERFLY)

Every critic from here to Timbuktu loved Diving Bell. It’s sure to be honored for the one thing that made it memorable: Schnabel’s incandescent leadership.

Other nominees: Paul Thomas Anderson (There Will Be Blood), Joel and Ethan Coen (No Country for Old Men), Tony Gilroy (Michael Clayton) and Jason Reitman (Juno).

Believe it or not, Diablo Cody won’t get this award. Juno is an incredible movie, but the script is over-written at times. Oliver’s screenplay for Lars, (an equally quirky tale about a dude and his sex-doll), is pitch-perfect throughout. Besides, Oscar night LOVES an upset.

BEST ADAPTED SCREENPLAY: PAUL THOMAS ANDERSON (THERE WILL BE BLOOD)

A movie based on a book (Oil!) written by a guy (Upton Sinclair) who has been dead for years (40, to be exact) could have turned out pretty bleak. Yet, Anderson’s sly wit and penchant for exploiting the unexpected delivered one of 2007’s best films.

Other nominees: Joel and Ethan Coen (No Country for Old Men), Christopher Hampton (Atonement), Ronald Harwood (The Diving Bell and the Butterfly) and Sarah Polley (Away From Her).

Persepolis was more interesting to watch, but Ratatouille was a critical and box office smash.

Other nominees: Persepolis and Surf’s Up.

The movie was dull as dishwater, but the music was awe-inspiring. Three songs from Enchanted (“That’s How You Know,” “So Close” and “Happy Working Song”) are nominated, but each is likely to cancel the other out of contention. “Raise It Up” from August Rush resonated with audiences about as much as the movie did.