USC & UCLA Alumni at the Awards: A Look at the Famous (and SoCal Educated) 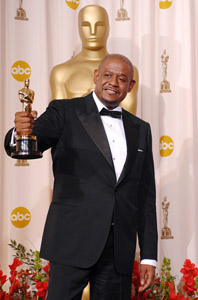 Although we tend to focus on their overwhelming fame and fortune, most people in Hollywood emerged from less glamorous origins. Everyone from actors, directors and writers to cameramen, makeup artists and costume designers started off small-time, and through their determined pursuit of entertaining others, they got themselves to that red carpet.

Among the cream of the crop who receive nods from the Academy every year, a handful of these select few have graduated (or at least attended) UCLA and USC, garnering some more respect and prestige for the schools with each nomination or win.

UCLA and USC are both home to excellent film schools, and some of the alumni honored with an Oscar nomination or win include Francis Ford Coppola (director of The Godfather and Apocalypse Now), Alexander Payne (writer and director of About Schmidt and Sideways) and Tim Robbins (Mystic River) from UCLA and James Horner (composer for Titanic) and Forest Whitaker (The Last King of Scotland) from USC.

It may seem like they were just passing through on their way to fame and fortune, but many got their start in college. Coppola, for example, started filmmaking at UCLA, earning awards and striving towards feature films.

Of all the people working in Hollywood, relatively few are born famous and talented. Many had to work their way through school, work their way up and work to simply secure a job before they became famous.

So, even though the beautiful people walking down the red carpet may seem like an alternate universe far beyond your grasp, many of them went to the same schools and had the same everyday drama that you did. If you’re dying to get on that red carpet, work towards it and who knows? Maybe 10 years from now you’ll be walking up to the podium to give an acceptance speech (and if you do, please keep it short).