Every Avenue: Shh, Just Go With It
(Fearless) 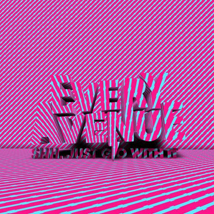 These guys drew rave reviews last year when Fearless released their five-song Ah! EP, and now the Michigan rockers bring it with a full CD. Two of the EP’s strongest songs are featured here, “Where Were You?” and “Think of You Later (Empty Room).” Both of these rollicking tunes are about the same thing: facing up to a romance that’s a little bit one-sided.

Hearts keep breaking throughout the album, as “Take a Step Back,” “Trading Heartbeats” and “A Story to Tell Your Friends” will attest. The latter song apparently addresses the unique situation of trying to maintain a relationship while being a member of a nomadic rock band.

The interesting thing is that Every Avenue refuses to succumb to the mopes. “Between You and I” is a slow, piano-driven ballad, but otherwise, Shh, Just Go With It takes life’s lemons and squeezes them into pure rock ’n’ roll joy.

Shh, Just Go With It is currently available.