Solid Silver Screen Performances of 2007: With the Oscars Behind Us, We'd Like to Acknowledge A few of Last Year's Honorable Mentions 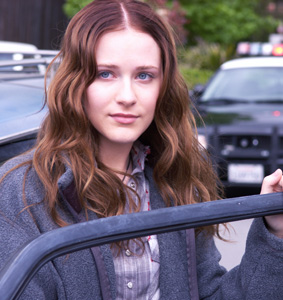 At the ripe age of 20, Wood is still young, but her breakthrough performance came five years ago with her role in Thirteen. Since then, she has become the go-to actress for filmmakers looking for a young girl wise beyond her years.

That quality has served her well this year in both Julie Taymor’s Beatles tribute Across the Universe and the underrated King of California, in which she stars alongside Michael Douglas as a disillusioned teenager who struggles to forgive, and enjoy, her deranged father.

This 28-year-old actor got his breakthrough role – and what a performance it was! – opposite Forest Whitaker in last year’s The Last King of Scotland. This year, he’s gotten rave reviews for his dramatic work in the Oscar-winning Atonement but also demonstrated his comedic chops in the little-seen, 1980s-set Starter For 10.

He plays a working-class student navigating his freshman year at Bristol University. McAvoy’s onscreen persona is charming as all hell, funny and naïve, a formula that’s working wonders for the Scottish native.

CATHERINE KEENER (INTO THE WILD) Catherine Keener rocks – always has, always will. She has always delivered in such indie films as Your Friends & Neighbors, Being John Malkovich and Death to Smoochy, and more recently, in The 40 Year-Old Virgin and Capote. Keener lends genuine warmth to the main thrust of Into the Wild, rounding out and humanizing those edges.

Many are giving overblown props to the much-hyped Ellen Page, but I think Bateman gave a scene-stealing performance as the film’s slow-to-grow husband and father-to-be. The character of Juno sparks a nostalgia in Loring for his youth, and Bateman lends what might otherwise be a sleazy character a great deal of humanity.

Of course, the actor has walked this tightrope before, as Michael in “Arrested Development,” the good son born into the vain and supremely dysfunctional Bluth family.

This stage actor has only recently burst onto the big screen, but he has already become a valuable player in independent film with roles in You Can Count On Me, XX/XY and Eternal Sunshine of the Spotless Mind. He even scored big in 2004’s mainstream hit 13 Going on 30.

After a series of disappointing film runs in We Don’t Live Here Anymore, Rumor Has It… and All the King’s Men, Ruffalo came back as a homicide detective in David Fincher’s take on the famed Bay Area Zodiac Killer of the late 1960s. Ruffalo never steals the show, but his supporting roles consistently provide the glue for the whole movie.