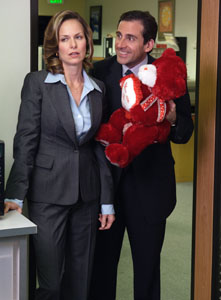 Only in California can one film festival show episodes of “The Office” and Oliver Stone’s Wall Street alongside student work and call it a weekend.

USC’s Marshall School of Business, Center for Investment Studies and the School of Cinematic Arts are joining forces to present The Southern California Business Film Festival 2008. For three days, the festival will celebrate both Hollywood and student views of the business world through the medium of film.

USC’s first business-themed film festival kicks off on Friday with a screening of two episodes of NBC’s hit series, “The Office,” followed by a discussion panel with guests from the show and USC professors who will answer questions and analyze the business themes addressed in the two screened episodes.

USC film students were asked to create a movie less than 15-minutes long that has business or finance as a main plot element. On Saturday afternoon, all of the student submissions will be shown.

The movies will be judged as they play on the big screen and based on categories such as Best Undergraduate Picture and Audience Choice. Awards will be handed out on Sunday night following the 20th anniversary screening of Wall Street.

Let Jenna Fischer and Charlie Sheen show you the many facets of the business world. The free screenings will be held at theaters on the USC campus and require reservations, so don’t miss out! For more information, visit www.scbff.com.