Skate4Cancer: The Real Rock of Love 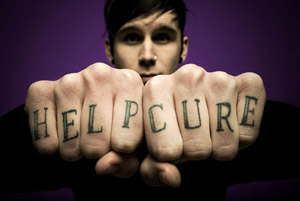 As a part-time bartender, professional skateboarder, (more than) part-time activist and full-time nice guy, Rob Dyer doesn’t have to try very hard to keep himself busy. Between organizing skate events and concerts to raise money for cancer research, treatment and awareness, and touring with bands to bring his cause to the masses, Dyer has built up a lengthy resumé of good karma to his name in the five years since forming Skate4Cancer, though he admits he never anticipated accomplishing as much as he has in that time.

“I had a lot of people in my life who were affected by cancer and this was my way of giving back and turning a negative into a positive,” he says of his motivation to start the organization. “After a couple tough losses, the idea came to me and it seemed like something to do to help me deal with it. Skate4Cancer is me showing love for the people I’ve lost. It sounds like a more methodic thing when you look at where it’s moved to now, but it really wasn’t. There wasn’t a thought out plan, it was just a reaction.”

Covered in full sleeves and neck tattoos, it would be easy to write Toronto-based Dyer off as a representative of an apathetic and disenfranchised generation upon first glance. Make no mistake, however, that he’s set on changing the world on a personal level. Focusing primarily on promoting early detection, he says, “We’re not here to raise millions of dollars, we’re here to talk to kids and give them a voice.”

Admitting he wasn’t always as socially conscious as he is now, Dyer hopes he can inspire others to take action before circumstance does.

Dyer does acknowledge that sometimes the hardest part of taking action is knowing where to start, but he believes it’s just a matter of each person finding something they can be passionate about.

“Once you have your heart in something, that’s your driving force, then it’s just a matter of finding out about it,” he says. “You can find out about any organization or any cause on the Internet, see if you want to start your own or support someone else’s and look up how to go about it.”

Though he may have grown up in a generation that was in fact as uninvolved as it was made out to be, Dyer, ever the optimist, believes this new breed of concert-going youth is going to set big changes in motion.

“The generation that’s coming up right now is just mind-blowing. The kids that are getting involved right now in all these causes are changing the world. When I was in high school, no one I knew was getting involved. It’s so incredible to see what’s happened in the last few years, to see that getting involved is these kids’ priority,” he says.

While he may not be working on as grand a scale as Oprah or Bono, Dyer is living proof of how the smallest of thoughts can turn into a full fledged movement, and that love really is all you need to make it happen.

Meet Rob Dyer at the Skate4Cancer booth at the Silverstein show March 15 at the Avalon, Hollywood. For more information, visit www.skate4cancer.com.