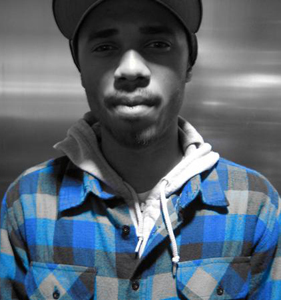 One group of L.A.-born businessmen is in the driver’s seat to be the next big record label to hit the scene since Bad Boy and Death Row. Run by a fearless leader, 21-year-old Julien Edwards, Fresh 2 Def Entertainment’s strong roster of talent is generating buzz. We sat down with Edwards to find out how it originated and why he feels F2D is the future of hip-hop, and music in general.

Where did the Fresh 2 Def name come from?

I came up with Fresh 2 Def the last year of high school. I was a big Roc-a-Fella fan, and I would always hear Dame Dash say, “Oh this is fresh to death, pop tags, fresh to death,” so it just kind of stuck.

How did the label get started?

I was always into music, but in high school I started to gain friends that rapped, and I was so cool with them that I would promote them and play their music for people, and it just came that I started to manage them. At first I managed this one group that had three of my friends in it, a producer and H.O.P.E. [a current F2D artist]. That group broke up, so we started Fresh 2 Def. Basically, I kind of just fell into it.

Yeah, that was our first show as the established F2D. It was one of my favorite shows.

For those who don’t know, let’s run down some of your artists.

SKEME. He can do the hard track, he can do the girl track, and he’s so young he has so much more to offer. He just turned 18, but he’s amazing. He can do whatever he wants; he’s really ahead of his time. Then there’s Lite. Lite is his own person. As an artist he’s dope: his songs are catchy and just clinch on to you.

He’s dope. Some of the things he comes up with are just like, how the heck did he think that up? A lot of people heard the backwards thing, where he rhymed things backwards. His beats are sick and he has so much creativity, it’s amazing.

You got Chuck, Three-1-Zero. Dope. His beats are sick and he has so much creativity, it’s amazing. He has a CD coming out, his LP, ’99 Lakers. That’s like the main core focus on Fresh 2 Def.

And of course, Emon, the singer is probably on every R&B track that we do. He’s probably the most established out of any of us, like, look at his MySpace and he has more friends than any of us.

As far as releases, what do you guys have coming up?

SKEME just released Pre-Season, a pre-mixtape to what he’s about to come out with, New Season. But before he does that he wants to release Pre-Season 2, which is just another batch of freestyles and such.

H.O.P.E. is about to put out another mixtape. We just finished four songs from it in one night. It’s gonna be called Follow the Leader. And then after that, we’ve been doing his album, The Demo.

Where do you think F2D stands in the grand scheme of things?

I just want us to bring back good music. I don’t want to be the back packers or those club dudes. Everybody is equally dope on F2D and has something to bring to the table.

When everything is said and done, what do you want Fresh 2 Def’s legacy to be?

One of the best on the West, the best since Death Row; except without the killing.

Fresh 2 Def artists will be a part of “Fashionably Late,” with Sean Christopher and Mulatto, March 21 at Forbidden City, Hollywood. For more information, visit www.myspace.com/fresh2defentertainment.