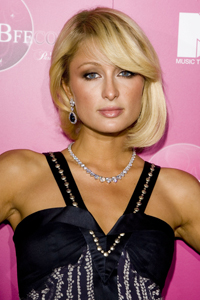 Say what you want about Paris Hilton, but you have to admit she seems to have it all. Style? Check. A famous boyfriend? Check. Money? Double check.

But it gets lonely at the top, and Paris is just like any other girl – despite all she’s got, all she wants is a friend. Over the next six weeks, Hilton will choose 20 contestants to vie for a chance to become her number one confidante in the MTV reality series tentatively titled “Paris Hilton’s My New BFF.”

Hey, but doesn’t a certain someone already have that title?

“Nicole [Richie] is my best friend and my sister, you know. She just had a baby so she understands,” she explains.

The celebutante says she’s looking for “someone that I can just trust, that won’t stab me in the back because it’s happened a lot in this town and someone I could have fun with.”

Under her wing, prospective pals will learn the ways of a celebrity, from looking fierce on the red carpet to surviving scandals and catfights. But most important, it’s all about having a good time.

“It’s just going to be a fun, crazy show with a bunch of us living together,” she assures.

Yep, they’ll all be roomies with Paris in a Hollywood Hills mansion, too.

“I think the secret is just to remain yourself and not to take it too seriously and to realize that there’s a real life that people have beyond the cameras and what the media can make up,” she says.

If you think you and Paris can be best friends forever, create a profile on ParisBFF.com and convince casting directors you’re fabulous enough to be in Hilton’s elite entourage.