The Arts and Crafts Movement in Europe and America, 1880-1920: Design for the Modern World: Ongoing through April 3 @ LACMA 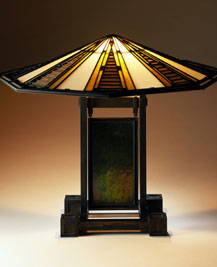 Arts and Crafts – they’re not just for kids at camp anymore.

For those whose knowledge of arts and crafts is a faint recollection of the class clown dubbing the class "farts and craps," LACMA’s new exhibit is especially for you. Dubbed The Arts and Crafts Movement in Europe and America, 1880-1920: Design for the Modern World, the show places the arts and crafts movement in its international context for the first time. Its goal is to incorporate art and life and to make art widely available to more than just the elite.

Simply put, without the arts and crafts movement we wouldn’t have all those neat Target commercials. Put in a more recondite way, "Department stores became central venues for the dissemination of modernist styles to society and were planned to facilitate the movement of large numbers of customers and display the broad diversity of increased available domestic products."

The exhibit itself is reminiscent of an IKEA store. It showcases two fully integrated rooms that explore the three leitmotifs of the Arts and Craft movement: Art and Industry, Design and National Identity, and Arts and Life. Can a table lamp reflect nationalistic identity? F#$k yeah, it can!

The centerpiece (it also being an arts and craft creation) of this gala and visual icon of the show is a table lamp designed by architect du jour, Frank Lloyd Wright. It seems odd, but until recently the marriage of form and function was strictly for royalty. Even more odd, only in the past few months have dish- and cloth-washers been offered in colors other than white or silver. Why shouldn’t turning on a light make your smile bright, too?