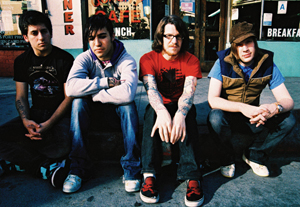 Get better, get serious and get signed. That’s the motto at Loren Israel’s Band Boot Camp. Israel is one of the music industry’s prime movers, and the clinic he puts on promises to give performers a chance to showcase their music directly to industry executives one-on-one in order to get immediate feedback. In attendance will be label A&R execs, film and TV supervisors, publicists and record producers.

Band Boot Camp also offers workshops on how to improve songwriting and general strategies for navigating the music biz. The cost to participate is $250 per band or artist with a $50 fee for each additional member, and there is a sort of money-back guarantee in place: if you’re not satisfied by the time the clinic breaks for lunch you will get a full refund. Israel will also be sharing his extensive list of contacts with everyone at clinic’s end.

The all-day event takes place at Uncle’s Studio in North Hollywood on April 26. For more information, call (818) 745-1033 or visit www.myspace.com/bandbootcamp.

Fall Out Boy ****Live in Phoenix

No fooling, a new release from Fall Out Boy is coming on April 1. ****Live in Phoenix is a CD/DVD package featuring the full 22-song set that the band recorded last June at the Cricket Pavilion in Phoenix.

Besides the concert, the DVD also includes all eight of the band’s videos. You’ll see biggies like “Sugar, We’re Going Down,” “Dance, Dance” and “A Little Less Sixteen Candles, A Little More ‘Touch Me.’” Not to be outdone, the CD has a bonus too – a studio recording of the Michael Jackson hit “Beat It” that features John Mayer playing the guitar solo that was famously performed by Eddie Van Halen on Jackson’s original.

About all those asterisks in the package’s title – use your imagination.

Guitar wizard Joe Satriani is about to release his 13th album, and its title is a doozy. Dropping on April 1 through Sony/BMG, the new one is called Professor Satchafunkilus and the Musterion of Rock.

The album features a guest appearance from Satriani’s son Z.Z., who’ll be adding tenor sax riffs to his dad’s compositions. Satch will be embarking on a worldwide tour at the end of April, but before that, he’ll be appearing at a series of clinics at Guitar Centers across the country.

Dubbed “The GC Sessions,” the clinics will feature a Q&A session and an autograph signing along with a performance. The Guitar Center in Hollywood hosts Satriani on April 8.

Ministry recently made news by announcing that their current C U LaTour would be the band’s last, but on April 1 they’ll be celebrating their love of oldies with the release of a covers CD appropriately titled Cover Up.

Billed as being performed by Ministry and Co-Conspirators, the effort finds the band teaming with Fear Factory singer Burton C. Bell for a take on the Rolling Stones’ chestnut “Under My Thumb” while Josh Bradford (Revolting Cocks) handles the vocals on Golden Earring’s “Radar Love” and T. Rex’s “Bang a Gong.”

Ministry frontman Al Jourgensen plays a mean slide guitar on Z.Z. Top’s blues-rocker “Just Got Paid,” a tune he says incited him to a little more than guitar-play when he was a kid.

Hmm. I guess you could really call those songs “hits!”