Get 'Em While They're Hot: Sizzling Summer Albums

By Jessica Koslow and Yuri Shimoda 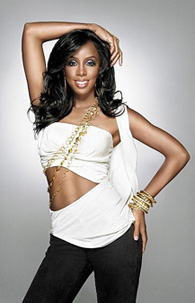 Generating buzz with their “dirty reggae” live shows, this L.A. quintet brings more of the same gritty grooves that appeared on their self-titled debut that are guaranteed to lure bodies to dance floors everywhere. Combining old school reggae with elements of rock, soul and funk, the Aggrolites keep the good vibes flowing with songs like “Free Time.”

If you just can’t wait until the album releases, you can check out the band’s collaborations with Rancid frontman Tim Armstrong on his first solo effort, A Poet’s Life, which is currently available.

Her single, “Umbrella” with Jay-Z is an intoxicating mix of R&B, rap and rock. While some may say she’s following in Beyoncé’s shoes – in more ways than one, if you believe the rumors – her Bajan accent adds just the right amount of edge to her otherwise pop appeal.

She’s already had a string of hits from her previous albums. Here’s hoping her second single, “Shut Up and Drive” pushes her third past Platinum.

T-Pain is a guilty pleasure. Sure the Florida native’s vocoder vocals can be cheesy, but his songs are catchy.

“I’m N Luv (Wit A Stripper)” featuring Mike Jones was a huge hit in 2006. He’s back with the radio favorite “Buy U a Drank” with Yung Joc and “Bartender” featuring Akon. Plus, he has the best verse of R. Kelly’s remix for his single, “I’m a Flirt.”

The Definition of X: Pick of the Litter

From Nothin’ to Somethin’

With three singles already on the charts – “Diamonds” featuring Young Jeezy, “Return of the Hustle” and “Make Me Better” with Ne-Yo – the Grammy-nominated Brooklyn MC proves he spent the last three years since his previous release in the studio crafting hits. The fans love F-a-b-o-l-o-u-s!

QUEENS OF THE STONE AGE

With song titles like “Run, Pig, Run” and “Make It Wit Chu,” the unruly miscreants of QOTSA – headed by the big, bad, red-head, Josh Homme – are back to usher in a new era of vulgarity.

As exhibited in the album’s first single, “Sick Sick Sick,” Queens are sticking to the same formula that has worked for them for so many years: pulsating drum beats, sexy guitar licks and vocals fueled with enough rock ’n’ roll swagger to make parents everywhere lock up their daughters.

There is simply no musician alive that intrigues me more than Jack White. The way he simultaneously exudes mystery, danger and a sweet innocence while producing the most insane sounds from his guitar, his almost indecipherable lyrics, the eclectic range of genres that he fuses together and the overall artistic vision he infuses into every aspect of this band.

Meg is nothing to gloss over, either, but really, in my eyes there is no contemporary artist that compares to Jack. If the organ, bag pipe-like guitar effects and political connotations of “Icky Thump,” the CD’s lead single, are any indication, the Stripes’ innovation continues to enthrall.

It’s been two years since their last effort. These hip-hop pioneers just can’t put the mics down. Still fighting for their right to party and repping Brooklyn, NYC, these boys are part of the grown and sexy rap set.

The “Idol” that started it all continues to embrace the rock side of her inner pop diva with her third record. Featuring a guest appearance by punk bassist Mike Watt (Minutemen, Iggy Pop & the Stooges), My December picks up where 2004’s Breakaway left off.

The disc’s first single, “Never Again,” joins “Since U Been Gone” and “Behind These Hazel Eyes” as songs in Clarkson’s repertoire that you can blast in your car, dedicating each lyric to that certain boy or girl that really deserves it.

One-third of Destiny’s Child drops the follow-up to her multi-Platinum debut.

The Grammy winner has “Big Things Poppin.” Not to mention he’s an aspiring thespian (ATL).

About his CD’s title, the self-appointed King explains, “It’s basically a battle within myself. There’s not nobody out there doing what I do as well as I do it, so I see myself as worthy competition for myself.”

More of Slash’s legendary guitar riffs married with Weiland’s howl. What’s not to like about this rock super group’s sophomore album?

Our Love to Admire

It seems like Interpol has done it again. No matter how hard I try to not like this band to distinguish myself from all the other hipsters across the land, I inevitably wind up becoming addicted to their songs.

It happened with Turn on the Bright Lights and Antics, and currently I just can’t get “The Heinrich Maneuver” out of my head. Something about Paul Banks’ droning vocals and Carlos D’s throbbing bass lines just hooks me. I’ll admit it, but so help me God, I will never like She Wants Revenge!

This Houston rapper gained notoriety by yelling his name and cell phone number all over his records and the radio. Now we all know who Mike Jones is (www.whomikejones.com).

Funny enough, he got the idea from his grandma. His new single “My 64” features Bun B and Snoop and pays homage to classic NWA gangster music.

I feel weird referring to this band as Smashing Pumpkins while D’arcy and James Iha are no longer a part of it. Henceforth, I shall refer to Billy Corgan and Co. as: Sumpkins.

Seriously though, no matter what you call them, everyone and their mother will be waiting with baited breath to hear this album.

He’s a monster. His first single “It’s Me Snitches” is one of the best party anthems ever!

His uncanny ability to craft tracks that pound your soul and rumble your stomach is at its peak right now. He joins the club of producers who rap who drop albums. “Money In The Bank” is another show-stopping single, plus the Swizz-produced Eve single “Tambourine” is rocking the radio, too.

For any fans lucky enough to have caught him at House of Blues Sunset Strip on April 6, you know this is going to be a classic.

“Straight to the Bank,” 50’s current single, is a hilarious statement about the rap phenomenon’s life. He has a clothing line, shoe endorsement, vitamin water, movie, book, plus beef with a bunch of other rappers, and yet he’s laughing straight … you get the idea.
Article posted on 3/26/2008
This article has been viewed 1581 times.