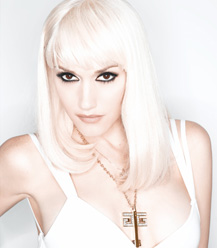 You might wonder why this list doesn’t include the Beach Boys, Bob Marley, Jimmy Buffett or Saturday Night Fever. The creative minds here at Campus Circle decided to limit our picks to the past 10 years or so.

So even though after 30 years, nothing might say summer like “Surfin’ USA,” for example, these songs will most likely be classic summer listening for the next generation. I present the 10 best summer songs in chronological order, starting with the most recent.

This song was THE summer song of 2006. With its infectious beat and effective sampling of Soft Cell’s “Tainted Love” (which was a cover itself), you couldn’t help but grab your significant other and run to the dance floor. With this hit, Rihanna became an international superstar offering proof of the song’s omnipresence.

This megahit was not only the biggest hit of the summer of 2005, but it was the biggest hit of the whole year. “Hollaback Girl” was the first single to certify one million digital downloads and cemented Stefani’s megastar status. I tried to resist at first, but the sultry bass line and catchy cheerleader chorus proved that resistance was indeed futile.

In 2004, it seemed like there were no other songs on the radio for a while. I have to admit that after liking the song at first, I got burned out on it.

As they say however, time heals all wounds, so hearing it now makes me want to get my butt off the bar stool again. Since it’s one of the most popular dance songs at wedding receptions, a million wedding deejays can’t be wrong, can they?

I’m sad about the exclusion of Bob Marley from my list, but at least I was able to still include some reggae-infused pop. Although “In Da Club” was released around the same time in the summer of 2003 and was Billboard’s biggest single of the year, I think “Get Busy,” which itself hit No. 1 on the chart, is the more “summerish” of the two.

Was it just me or did this song really make you want to take your clothes off? OK, it might have just been me, but in 2002 this song was everywhere. When you combine sexy lyrics with a good beat, it always equals a recipe for a summer smash.

Normally, I think remakes are a cheap way out, but Alien Ant Farm took a hit and really made it their own. It hit No. 1 on the Modern Rock Chart in the summer of 2001, and the accompanying video both parodied and paid homage to the gloved one himself, making Michael Jackson almost relevant again.

This song just makes me happy when I hear it, and isn’t that what a good summer song should do? Released in early summer of 1999, “Steal My Sunshine” makes me conjure images of frolicking on the beach and hanging out with friends in the, uh, sunshine.

“Summertime and the livin’s easy.” With a lyric like that, how could this song not be on the list? Although its success was tragically short lived, few bands epitomized laid back, Southern California cool like Sublime.

Since you could pick almost any song from the group’s self-titled 1996 smash for this list, I took the easy way out and picked the song with the word summer in the lyrics.

Like I originally thought about just saying any song by the Beach Boys on this list, I also wanted to say any song by 311. By default, I chose “Down” since it was the band’s first big hit, and established 311 as a force to be reckoned with.

The group’s songs tend to be kind of breezy, like drinking a Corona in Malibu Beach. And isn’t that what summer is all about?

In the 1960s, the arrival of the Beatles and the Rolling Stones signaled the British invasion and influenced the sound of rock music forever. The 1990s triggered a quieter, but arguably just as influential invasion.

No Doubt, along with fellow list mates 311 and Sublime ushered in a new sound with their blend of ska, reggae, punk and pop. Though not the biggest hit of Tragic Kingdom, “Just A Girl” was No Doubt’s first hit and introduced America to the new California sound in 1995.

With additional reporting by Brian Kettler.