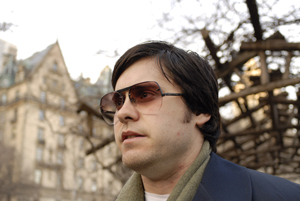 With Chapter 27, writer-director J.P. Schaefer attempts to delve into the mind of a madman who changed the course of history and rock music. The film focuses on the days just before Mark David Chapman, a socially awkward and unstable Beatles fan, fatally shot John Lennon outside of his New York apartment building.

In the throes of a delusion that he’s somehow being cued to action by parallels between his own pathetic adventures and those of the character Holden Caulfield from The Catcher in the Rye, Chapman draws the conclusion that Lennon must die. His shocking act is unfortunately no more comprehensible by the film’s end.

If only we were given any insight whatsoever as to where this troubled young man was coming from, by means of a past history or anything other than endless psychotic internal banter, some of our haunting questions might have been answered. Alas, you won’t find your answers here.

Chapter 27 owes its soul to Jared Leto who gained 60 pounds for the role and worked out Chapman’s mannerisms to a T, believably transforming himself into the sociopath.