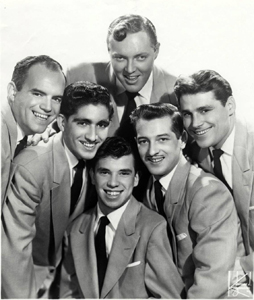 Bob Dylan is on tour! This time, though, “the voice of a generation” won’t be belting out folk tunes at an anti-war rally, but rather his high school essays, personal photographs and unheard recordings are a month into their residency at the Skirball Cultural Center.

Organized by Experience Music Project, Bob Dylan’s American Journey: 1956-1966 has spent the last four years traveling from Seattle to Cleveland to New York and to Minneapolis, finally landing it at its current spot, nestled in the Santa Monica Mountains.

Just to make sure the land of decadence gets its Dylan overdose, there are many related programs running alongside the exhibit’s five-month stay designed to illuminate the wide-ranging impact of Bob Dylan’s life and art. Two companion film series feature chronological showings of films that influenced Robert Zimmerman during his Midwestern youth. Next on the plate is Rock Around the Clock.

Hailed as the first true rock ’n’ roll film (Elvis’ Love Me Tender was a western), Rock Around the Clock is Bill Haley and his Comets acting along a plotline that infers they invented the genre. Giving a faux sneak peek to the music industry, the movie broke the floodgates, finally exposing underground rock ’n’ roll to the mainstream market.

The music of Haley and his contemporaries (the Platters and Freddie Bell and the Bellboys also performed) was so intensely foreign that it incited riots, forcing some theaters to ban the movie after reports of audience members ripping up seats and speaking in tongues.

The exhibit itself is $10, but the movies are free and no reservations are necessary.