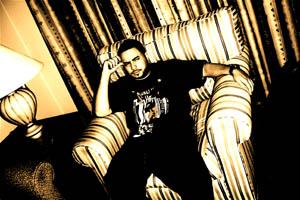 Part special needs counselor, part record label president and full time artist, 24-year-old Picaso is like no other. Los Angeles isn’t just his stomping ground. It’s the liquid that flows through his veins.

As one of the founding members of the Language Artz Crew (which includes rappers A.T., Bread Boi, Hollyhood 3, Ryan Gee, Gerrentee, Macc-Man and producers tha AdjicktivZ), Picaso, like the famous cubist painter Pablo Picasso, is one who not only amazes but provokes the mind with his arsenal of witty punch lines and grade-A rhymes.

“I pride myself in lyricism,” Picaso says. “Around 10th grade I was in art class, and we had to learn about Picasso [who] switched his style up so many times. A lot of people didn’t really understand his artwork ’til later. I really pride myself in being versatile and putting a good message in there, but it’s always decoded, so you gotta sit there and listen to it to really understand it, hence Picaso.”

Today’s industry has seen the rise of the single artist. Picaso and Language Artz, however, are trying to take music back to the Bad Boy/Roc-A-Fella days when everybody in your family was ill and the team shined together.

And it shows in the music.

Picaso is more than just a one trick pony that can spit. As well as being a music video director, he has grown from being just another sneaker head to a full-fledged businessman.

With his ability to ride a track effortlessly powered by raw talent and a hint of Biggie Smalls, Picaso is a force to be reckoned with in the coming years.