The End of the Jews: The Author of Angry Black White Boy Offers A Look Into His Latest Release 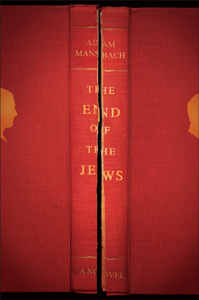 What is a grandfather-and-grandson graffiti bombing mission doing in the middle of The End of the Jews – a novel my publisher calls a “Jewish family epic” about a clan of artists who “realize, too late, the elemental truth that creation’s necessary consequence is destruction”?

To me, no artform more starkly demonstrates the inscrutable balance between creation and destruction than graffiti. The aerosolist adopts the language of warfare in his mission to beautify his city and his quest to represent himself – in colors bold enough to communicate the essence of his life through a single word, a self-selected name.

He bombs, he battles, he destroys public property and resurrects it as his own. He challenges the world to notice him, refuses to be silent no matter the consequences. Some people call it vandalism. I call it literature.

Graffiti is just one of the arts from which my characters draw inspiration. Jazz is another; hip-hop is a third. All three forms were pioneered largely by black folks, and that’s no accident.

One of the stories I’m trying to tell in The End of the Jews is about the relationship between blacks and Jews, and especially black and Jewish artists, throughout the 20th century. Where does the line between inspiration and theft lie? How has the immutability of black Otherness served as a foil for the mainstreaming of Jewish identity, and how has that dynamic bound us uneasily to one another?

The End of the Jews is about the search for self, in the most unlikely of places. Some of us even find it in a midnight train yard.

RISK flicks the power strip, runs groundwires from the decks to the mixer, and clips on the battery-powered fan they hope will keep the ancient amp from overheating and cutting out, the way it did last week. He’s doing all of it as fast as possible, because Risk Zone Productions has arrived a scant ten minutes before they are scheduled to play, as is their trademark. Guests are already streaming into the synagogue’s huge function room, finding their seats and casting eager glances at the laden buffet tables.

Thanks to the half-blunt Zone sparked on the way over, Risk Zone Productions is operating from beneath heavy eyelids and feeling ambivalent about the prospect of spinning for yet another gaggle of timid suit and party dress-clad thirteen-year-olds and smug professional/parental Jewish types.

As is also their trademark.

The father of Jamie Siegel the Bar Mitzvah Boy turns sideways in his head-table chair, away from the lavish flower bouquet and the murmurs of proud aunts, and beams a vaguely threatening brand of concern at them across the polished parquet dancefloor.

“Okay.” RISK bends to flip through Zone’s crate, number 420, although he knows exactly what’s in it. “You brought the ‘Chicken Dance,’ right?”

“Naturally, homeboy.” They’re both laughing now, at their own sheer, stubborn incompetence. The Risk Zone Productions catalogue consists of little beyond rap records and breakbeats, plus a few old soul joints of the Al-Marvin-Aretha variety borrowed weekly from Vanessa Courtney’s living room stereo cabinet. They’ve got none of the new Top Forty pop radio horseshit for which the Bar Mitzvah Boy and his large cadre of colleagues will surely clamor, nor a single traditional favorite. Not even the dominant rap songs of the epoch are represented: no “Wild Thing,” no “It Takes Two,” no “Supersonic.” But RISK and Zone charge $150 dollars per Bar Mitzvah, and the competition asks six times that.

The competition is Steve Goldman Productions, owned and fronted by the eponymous tuxedo-clad ex-lounge singer and staffed behind the boards by underpaid high school kids from two towns over. RISK attended about fifty Goldman parties in his thirteenth year, when everyone but him was memorizing Torah passages and Becoming A Man to the tune of major cash infusions.